At such a pivotal moment for the team, ensuring the next managerial appointment is the right one is vital. But there are plenty of talented coaches the FA could consider… Casey Stoney has made the successful transition from playing to management since her appointment as the first boss of the newly formed Manchester United Women in 2018.

The former England captain had only retired from playing earlier that year to join Neville’s Lionesses coaching staff and is already very highly thought of as a result of her achievements to date. Indeed, Stoney’s United swept the Women’s Championship in their debut campaign and have more than held their own since promotion to the top flight WSL.

Given that Neville will remain in charge of England for another year until next summer, the 37-year-old would have more time to build up her managerial experience. Even at 39, Laura Harvey already has years of high level coaching and management experience to her name, having first taken charge of top flight Birmingham in her mid-twenties.

Harvey later won four league titles in charge of Arsenal, including back-to-back WSL titles at the start of the new era, also combining her work with the Gunners as an England youth coach.

These days, Harvey is a flyer in the United States and it appears as though she may be being groomed to ultimately take over the USWNT reins. She was appointed USWNT Under-20 coach this year after six years as an NWSL head coach with Reign FC and Utah Royals.

Prising someone with Harvey’s reputation away from U.S. Soccer would be tough. Formerly a coach in Chelsea’s setup for a number of years, Mark Parsons is currently third in overall wins – the Americans call that ‘winningest’ – among all coaches in NWSL history from his time at Washington Spirit and Portland Thorns.

Still only 33, Parsons, who initially made the switch from England to the United States in 2010, was nominated for Best FIFA Women’s Coach in 2018.

Parsons has previously explained his reason for heading to America was the result of him and his wife both enjoying work trips there and he has laid down firm roots stateside. That and a new multi-year contract signed with Portland Thorns last months will make it a tough one for the FA. Tempting Marc Skinner back home might be much easier than namesake Parsons. Skinner is another English coach currently working in the NWSL after he accepted an offer to take charge of a struggling Orlando Pride team last year.

The 37-year-old was previously manager at Birmingham in the WSL and laid the foundations for an impressive 2018/19 season that saw the Blues challenge Arsenal, Manchester City and Chelsea at the top of the league on a much smaller budget.

Skinner ultimately left for Orlando partway through that campaign. Montemurro started coaching men’s teams in and around his native Melbourne, before taking a job in Papua New Guinea. He returned home to Australia to take charge of W-League side Melbourne Victory, soon moving across town to Melbourne City.

There, he won back-to-back W-League championships and was picked by Arsenal where the success has continued. The Gunners won the WSL last season for the first time since 2012. Mo Marley is a revered coach within in English women’s football circles and was even the interim choice for the FA between Mark Sampson’s 2017 firing and Phil Neville’s 2018 hiring.

An England international and Lionesses captain at Euro 2001 during her own playing career, Marley combined managing Everton with her role as England Under-19 coach for a decade.

The 53-year-old joined the FA full-time in 2012 to focus on coaching the next generation of Lionesses and was promoted to Under-21 boss in 2018. She has therefore already worked with and helped develop most of England’s current internationals at one time or another. Durham-born John Herdman was among the most respected names in women’s football, formerly an international head coach for 12 years with New Zealand and later Canada. He took charge of Canada’s men’s national team in 2018 and also oversees every male age group.

Herdman hasn’t lived or worked in his native England, where he previously worked in the youth ranks at Sunderland, since emigrating to New Zealand in 2001. But even though he has a big project on his plate in Canada, especially with a view to co-hosting the 2026 World Cup, could the opportunity to lead his own country finally tempt him home?

The 44-year-old also has a longstanding relationship with and is considered a mentor figure to current England assistant manager Bev Priestman, with the pair having previously worked together in both New Zealand and Canada. 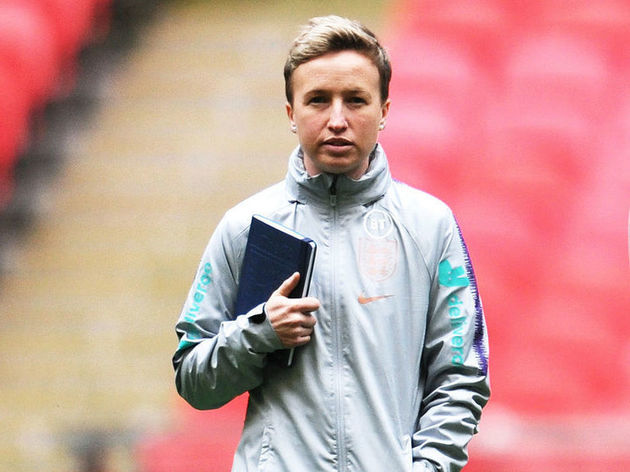 While reuniting Bev Priestman with Herdman has obvious upside, Neville’s current number two is already an early favourite to land the top Lionesses job in her own right.

Priestman and Herdman spent many years working alongside each other and only parted ways in 2018 when he moved over from Canada’s women to Canada’s men.

At that point, Priestman secured a job in the new England setup under Neville. The Guardian’s Louise Taylor said last summer that Priestman ‘takes care of the small print’, highlighting her particular attention to the finer details. Emma Hayes is the most well-known manager currently working in English women’s football and has previously even been talked about as potentially becoming the first female coach of a men’s Premier League club. It is a testament to the great success she has had in recent years.

Hayes was formerly a college head coach in the United States, before joining Arsenal as an assistant manager and academy director in 2006, and has led Chelsea since 2012.

During that time in charge of the Blues, Hayes has delivered two WSL titles, as well as the shortened 2017 Spring Series, two Women’s FA Cups, and the Women’s League Cup. Chelsea also reached the Champions League semi-finals in each of the last two seasons. Winner of the last two Women’s World Cups in charge of the United States and therefore the only coach to win back-to-back titles, Jill Ellis is considered the dream choice for many fans.

The 53-year-old, who stepped down as USWNT coach last year, has more than 30 years of experience under her belt, having started coaching as an assistant at U.S. collegiate level within a year of leaving college herself in the late 1980s.

After graduating to a college head coach in 1997, Ellis later joined the USWNT setup in 2000 and held numerous roles at different levels until landing the top job permanently in 2014.

Ellis also has an obvious connection with England, having been born in Portsmouth. It wasn’t until the age of 15 that she moved to the United States with her family.

It would be a big statement of intent for the FA, but that level of ambition has already been shown by the re-capture last year of USWNT performance coach Dawn Scott, who played a key role in the United States’ physical dominance at the last two World Cups.