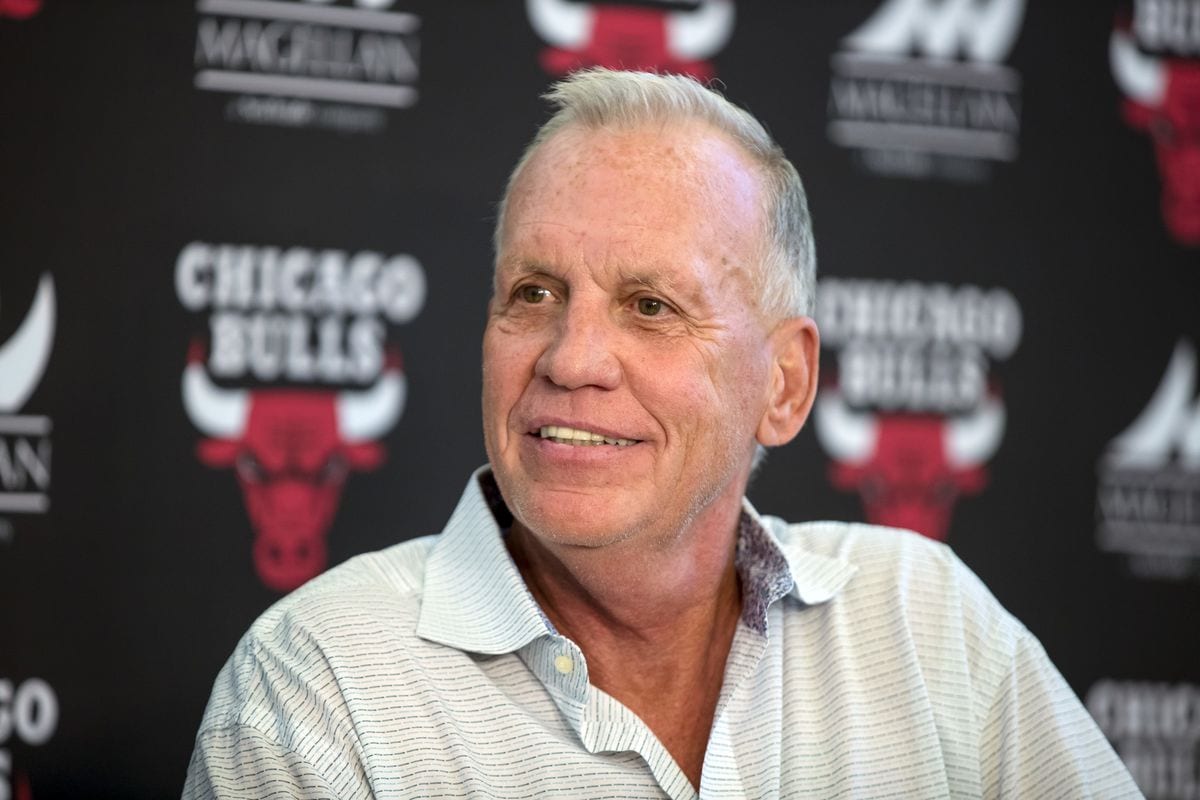 Despite never getting the accolades Phil Jackson received, Doug Collins did play a part in building the Bulls dynasty.

The former coach can be seen in episodes three and four of the 10-part documentary series “The Last Dance.”

Collins was born and raised in Christopher, Ill.

He became an Academic All-American at Illinois State and played for the 1972 U.S. Olympic team before he was drafted by the 76ers in 1973.

Collins was an accomplished broadcaster and received the Curt Gowdy Media Award.

His Airness Took Flight Under Collins.

Contrary to what some may believe, Michael Jordan and the Bulls improved greatly under Collins helm.

Three years later, they would be competing in the Eastern Conference Finals.

Despite Collins’s success, Bulls owner Jerry Reinsdorf fired Collins and promoted assistant coach Phil Jackson to take the Bulls “to the next level.”

Some speculated Jordan played a part in sacking Collins.

But according to an article written in the Chicago Tribune by Sam Smith in 1989, Reinsdorf thought Collins was “insecure” and couldn’t handle the pressures of the job.

Jordan Reached Out To Collins

When Michael Jordan joined the Washington Wizards in 2001, he wanted Doug Collins as his coach.

“He has an appetite for the game, an enthusiasm about the game,” said Jordan.

“A lot of people are saying ‘Why, why would you coach this team?’ and I say, ‘It’s easy. MJ called me and said, ‘I need you to come help me,’ Collins was reported saying.

Breaking Away From Basketball

After three years as senior advisor of basketball operations with the Bulls, Collins was released from his position this past March due to his “strong opinions,” according to NBC Sports’ K.C. Johnson.

Collins is currently recuperating from back issues in Arizona, and we assume watching “The Last Dance.”

GMs Concerned About Coronavirus Risk For Older Coaches and Staff