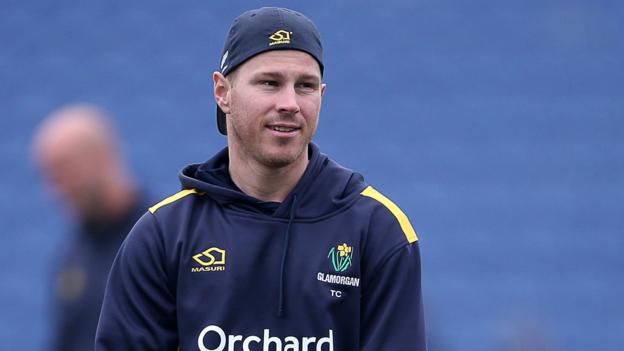 Glamorgan should have been starting their County Championship campaign this weekend but instead their cricketers face a summer of uncertainty.

Last week, players from all 18 first-class counties agreed a voluntary “support package” with the England and Wales Cricket Board (ECB) and the Professional Cricketers’ Association (PCA) that reduced their salaries during the coronavirus pandemic.

Some counties, including Glamorgan, have put players and coaches on furlough until the end of May.

Players and coaching staff, alongside the rest of the non-playing staff at the club, will be furloughed in line with the UK government’s Coronavirus Job Retention Scheme.

The first round of County Championship matches were due to start last week, and with no sign of the government easing its restrictions on sporting events, the players and the game itself face a number of challenges.

For some players, including Glamorgan wicketkeeper Tom Cullen, there is heightened uncertainty as their contracts expire after this summer, giving little chance to prove their case for an extension.

“There is a realistic chance that a lot of players won’t be playing any cricket this year,” Cullen, 28, said.

“So it is uncertain for us that are coming to the end of our contracts. Some could be playing this season with the aim of having a contract renewal.”

The ECB is expected to prioritise its most significant formats, in terms of revenue, when cricket returns, which would likely be the T20 Blast and The Hundred.

Cullen, who made his County Championship debut in 2017 but is yet to feature in the Blast, could potentially be one of the players facing a summer with no cricket.

But even with his contract up in October, the Australia-born right-hander – who holds a UK passport – is focusing on staying positive and ensuring a sense of perspective despite the unprecedented situation.

“It’s important we remember that as professionals, we have a role to play in terms of preserving the game and making sure that after this, there is a game to go back to,” Cullen added.

“There are a lot of people out there doing a lot more and risking much more, and we are lucky to be paid and still have a job at the end.”

From a cricketing point of view, his outlook is similar, and hopes that his performances in 2019 – four half-centuries and 29 catches in nine games as wicketkeeper – will provide sufficient evidence for his worth to the county.

“It’s completely out of my control, so I’m trying not to get too worked up over it,” he said.

“I hope that the club sees me as enough of an asset, so that even if I don’t get a game, they’ll still see me in their plans for the future.”

Cullen’s successful 2019 came following an injury to first-choice keeper Chris Cooke, and with the latter due to miss Glamorgan’s One-Day Cup campaign in July and August having signed for Birmingham Phoenix in the Hundred, 2020 would have offered Cullen more first XI opportunities.

Cullen says ensuring players’ mental health is equally as important when it comes to getting through the situation.

“I’m clear about what my end goal is at the end of this, which really helps mentally,” he said.

“I know that once this is over, I’m working towards playing. I have a focus, whereas there are a lot of people out there who might not have that.”

At a time when nobody quite knows how to feel, when normality seems so out of reach, Cullen says this serves as a reminder that there are far more important things in life than sport.

This understanding towards others, and a clear sense of perspective, also led Cullen to apply for the NHS volunteer scheme that launched in March.

“I would imagine a lot of people need support during this, and that’s why I signed up to be a phone responder,” Cullen said.

“I can listen or be at the end of a phone for anyone, and I wanted to help in any way I can now that I have the time.”

Despite sport being cast aside while the world attempts to control the outbreak, Cullen does admit it will have an important role to play in resuming some form of normality for fans and players alike.

“When we go back to it, behind closed doors or not, we won’t take it for granted as much – we’ll all know how privileged we are to be involved and have sport in our lives,” Cullen added.

It is thought the turnaround for the county season going ahead could be very sudden, with players given little notice before they take the field for the first time this summer, although the format and quantity remains unknown.

For now, Glamorgan’s first game of the 2020 season will take place, virtually, on Saturday, with Roman Walker competing for the county in an online Quarantine Cup.

NBA Players React to ‘The Last Dance’: Episodes 3 and 4