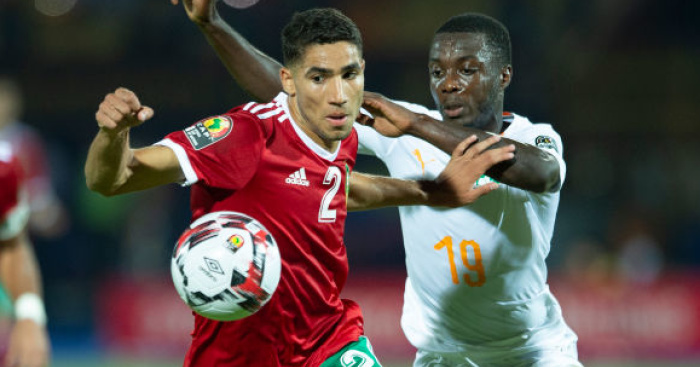 The agent of Achraf Hakimi has provided an update on the future of the defender while also ranking him alongside Trent Alexander-Arnold as the best right back in world football.

The 21-year-old is coming towards the end of a two-year loan spell with Borussia Dortmund after being loaned out by parent club Real Madrid and has impressed with some eye-catching performances in the Bundesliga.

He has featured 65 times for the German club in total, scoring ten goals and assisting a further 17, but the form he has shown this season in particular has alerted many to his potential.

Hakimi has featured in all 37 off Dortmund’s games so far, contributing with seven goals and 10 assists having featured in both fullback positions and on each wing for the Black and Yellows.

His displays have caught the eye of some of Europe’s biggest club’s, with his agent, Alejandro Camano, now claiming that several potential suitors are set to battle it out for his services in the next transfer window.

In an interview with Sky Germany, cited on the Metro, Camano said: “Achraf is the best right-back in the world together with Trent Alexander-Arnold”.

“All the big teams in Europe want him and, of course, Real Madrid is one of them. But Dortmund is still an option for us. We are just waiting now.”

With Dani Carvajal still very much the first choice right back at Madrid, it could prove to be the case that Hakimi opts to seek a permanent move away from the Bernabeu in favour of regular football and a place in the starting eleven elsewhere.

Earlier this month, the player himself refused to rule out a move away from ‘Los Blancos’ after admitting that he had not yet spoken with the Spanish club to start making plans regarding his future.

He has been linked with a move to Chelsea, but with captain Cesar Azpilicueta and promising defender Reece James already in the squad, it is unclear whether Frank Lampard will pursue a move for Hakimi.

Other clubs linked with making a swoop are fellow Premier League outfits Tottenham and Arsenal, while Bayer Munich, Juventus and PSG are also thought to be casting a watchful eye over how his situation develops.

Meanwhile, the Blues are believed to be close to completing a £2million deal for a 16-year-old German centre-back, also of Dortmund, after beating off competition from Manchester City.