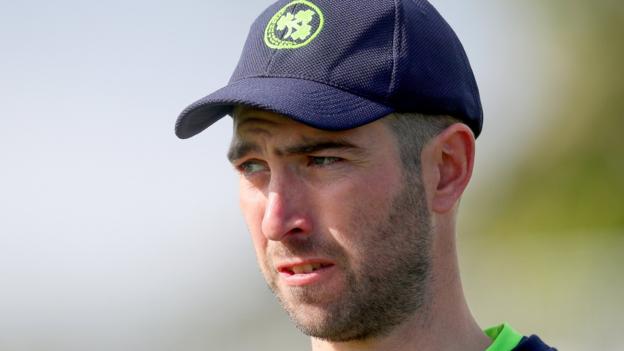 Ireland captain Andrew Balbirnie has given academy players a batting lesson in their own homes amid the coronavirus lockdown.

The 29-year-old is providing a “virtual batting masterclasses” to young and emerging cricketers.

“I felt if I could help them by providing an insight into what my thinking was in certain scenarios, that might be of value,” said Balbirnie.

“I haven’t done too many ‘virtual’ sessions, but it was very interesting.”

He added: “Playing in subcontinent conditions is a big part of any international cricketer’s career, so we talked about how to go about setting up an innings, particularly in testing conditions like India where spin plays such a huge part.

“Our performance analyst Jay Shelat was able to integrate footage from my unbeaten century against Afghanistan last year into the session, which was very useful as the guys could actually see what I was doing while I was explaining to them my approach and reasoning around certain decisions I made.”

“This is the first in a series of masterclasses that we will be running over the next few weeks,” said Pete Johnston, Cricket Ireland’s academy and performance manager.

“The idea is to take our players on a journey around the world and learn from some of our senior team’s best individual performances in different conditions against different opposition in different skill sets.

“Andrew has even followed up with some of the Academy players since who had further questions, It’s absolute gold for our lads.”

Ireland tour of Zimbabwe and the seven-match series against Bangladesh in May have been postponed because of the pandemic, while the summer matches with New Zealand are in doubt.

Person you were preparing to succeed MS Dhoni is serving water:...