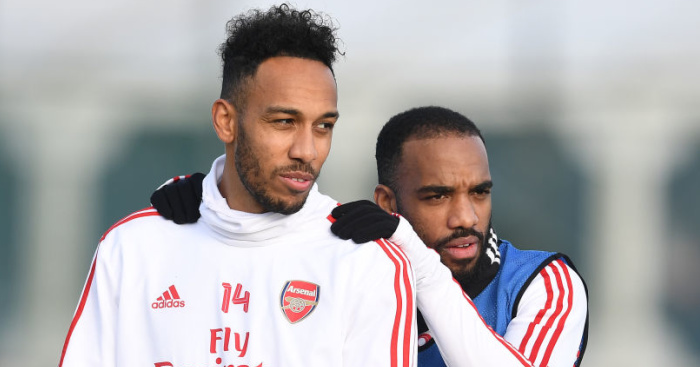 The need for Arsenal to strengthen in central midfield combined with Atletico’s ongoing striker search could see a shock Gunners forward used as a makeweight in a deal for Thomas Partey.

The Ghanaian midfield enforcer, 26, has developed into becoming one of Diego Simeone’s most trusted lieutenants in the engine room.

His faultless displays in the Champions League Round of 16 ties against Liverpool further showcased his talents, with his efforts contributing to Jurgen Klopp’s side being unceremoniously ousted after slipping to defeat in both legs.

Holding midfield has been a constant source of consternation at the Emirates in recent times.

Granit Xhaka and Lucas Torreira have both failed to have the impact they were brought in to bring, while Matteo Guendouzi has fallen down the pecking order under Mikel Arteta.

That has led to the Gunners identifying Atletico’s Partey as their number one candidate to solve their midfield woes, with a recent report claiming they are just one step away from sealing the deal.

Now, British newspaper The Sun state that Arsenal ‘want Atletico Madrid’s Thomas Partey so much’ that they could be ‘willing to sacrifice’ Lacazette to get the deal over the line.

Atletico made several unsuccessful attempts to lure perennial goal getter Edinson Cavani to the club in January, but their failure has left them seeking alternative options.

Frenchman Lacazette is one such alternative, with the 28-year-old even reportedly holding talks with the club in March amid his long-term future at the Emirates remaining up in the air.

Lacazette has two years remaining on his current deal, but with fellow forward Pierre-Emerick Aubameyang the club’s undisuputed first choice striker, the France international could be seen as a manageable loss to facilitate solving their more pressing midfield concerns.

The article goes on to note that the emergence of Eddie Nketiah after his seamless integration into the squad upon returning from a loan spell at Leeds could be another factor in convincing Arsenal chiefs that Lacazette is ‘expendable.’

Meanwhile, Arsenal have been urged to axe an out of favour duo and rid themselves of the club’s highest earner in order to fund whatever wage demands Aubameyang makes.

The bizarre reason why Kawhi lost his trial versus Nike |...