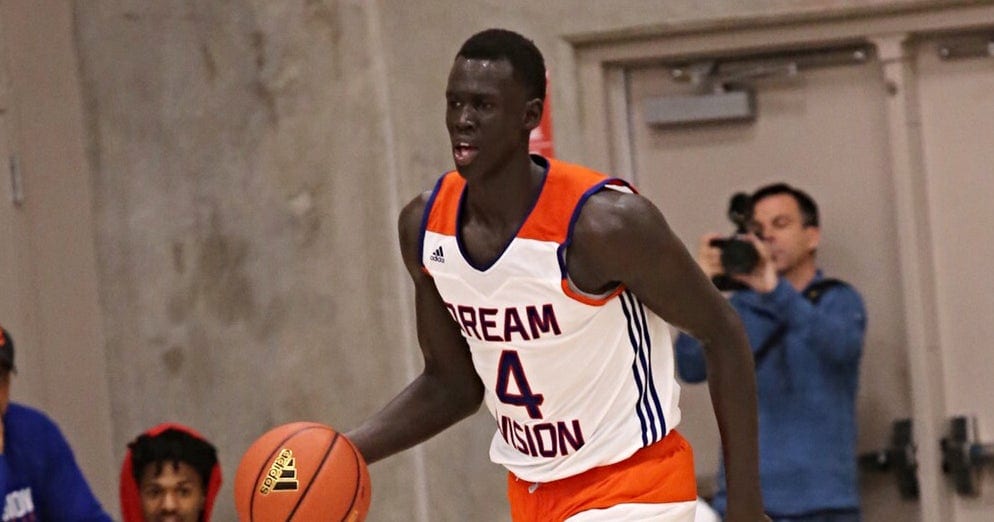 Maker, a 6-foot-11 235-pound center, has shown great potential with his play on both ends of the floor.

He has also shown a strong work ethic, evident when watching his overall skill improvement from the summer until this past season.

Makur has demonstrated good ball-handling skills for a player his size and can create shots for not only himself but teammates as well.

In an interview on Saturday, Makur explained his move to enter his name into the draft in more detail.

He also revealed that at press time, he has decided not to sign with an agent, leaving the door open to return to college and play.

“I was planning on getting some workouts with some teams, I still do not know how that is going to go,” Maker said.

“The NBA G League reached out and approached my coach, but if it’s not the NBA then I’m going to go to college because I’m young and still want to learn more,” Maker said.

Makur then mentioned four schools he would consider if college turns out as his choice.

Makur is being allowed by the NBA to enter the 2020 draft, although he was two credits short of graduating with his original 2019 high school class.

League rule state that a player has to 19 years of age and at least one year removed from their originally graduating class.

Makur will not have to look far for help in making this decision if he chooses to because his older cousin Thon Maker now of the Detroit Pistons, was faced with the same decision back in 2017.

Thon Maker ultimately decided to stay in the draft and was the tenth pick by the Milwaukee Bucks.