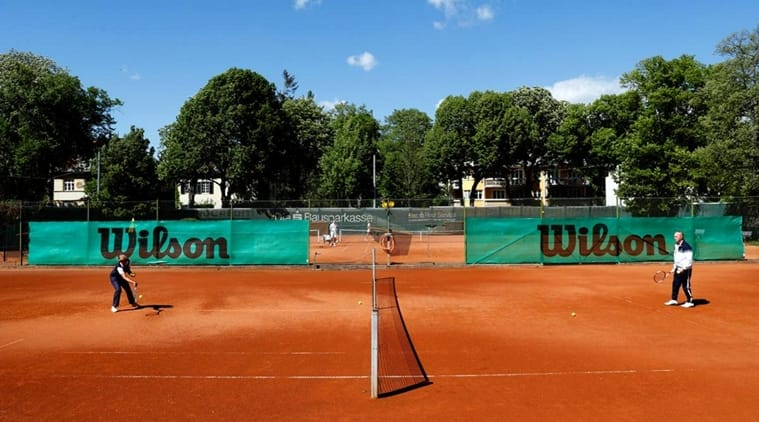 Austria’s loosened lockdown means tennis players can return to the court as long as they stick to coronavirus-related rules – singles only, no touching each other’s tennis balls, and definitely no shaking hands at the net.

Tennis is one of several social-distancing-compatible sports the conservative-led government allowed to resume from May 1, part of a second wave of lockdown easing. Others include golf, horse riding, archery, shooting, and mini-golf.

Austria introduced its lockdown seven weeks ago and first relaxed it on April 14, when some shops were allowed to reopen. Leaving home for exercise like jogging was officially encouraged but sports clubs were closed, and most still are.

“During quarantine, I was wondering which wall I could play against, and now I’m glad that I can finally play on court,” a player who gave his name as Yannis said at Smashing Suns, a club in Vienna’s upscale 13th district, which also houses the Schoenbrunn former imperial palace.

When he announced last month that some sports would resume, Vice-Chancellor Werner Kogler of the Greens, who is also sports minister, said it would be up to federations to decide what new rules to impose to prevent infections, and he singled out tennis as already having a list.

That list is on display at Smashing Suns. It includes arriving in tennis gear as changing rooms are closed, and a recommendation that players mark their own balls. Touching your opponent is banned, as are doubles matches and playing indoors.

“The players will definitely stick to them (the new rules), also because we check that they do. They are very disciplined and I think the pleasure of playing is greater than the willingness to risk something,” the club’s co-owner Dieter Mocker said.

“People definitely miss playing doubles. Almost 80% of our members want to play doubles, and we hope that will be possible again soon,” he said.

For now, relief seems to be the overriding sentiment.

“The last few weeks were very bad without any exercise – I walked a bit but otherwise nothing,” said regular player Michaela Werni.

“Not seeing tennis friends was a drastic reduction in my quality of life … Now it is great and a totally new experience to finally be able to move around outdoors and with nice friends, even if it is with some restrictions.”