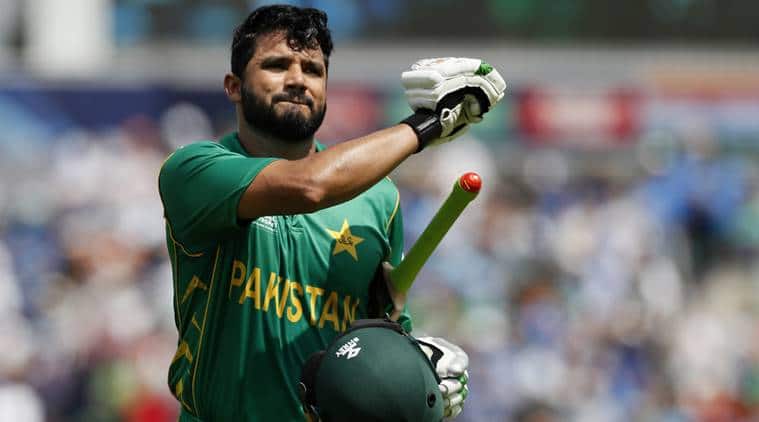 Azhar Ali has been Pakistan’s top batsman in the Test and ODI formats. (Source: File)

Pakistan cricketer Azhar Ali will auction his bat that he used during his unbeaten 302 against West Indies to raise funds in the fight against Covid-19. Along with the bat, the 35-year-old will also auction his 2017 Champions Trophy jersey.

Ali described both as his ‘closest belongings’ and set 10 lakh Pakistan rupees each as the base price of the items for the auction, which ends on May 5. The jersey also has the autograph of the entire Pakistan squad, which defeated India by 180 runs in the summit clash.

“I put 2 of my closest belongings on auction with base price of 1 million PKR each to support people suffering due to ongoing crisis. Auction starts now & will close on 11:59PM 05May20,” he wrote on Twitter.

I put 2 of my closest belongings on auction with base price of 1 million PKR each to support People suffering due to ongoing crisis. Auction starts now & will close on 11:59PM 05May20. To place bid, text/whatsapp on +923228485173, or msg on my twitter. pic.twitter.com/7BJviamP88

Ali is the first international cricketer to hit a triple century in Day/Night Test when he scored an unbeaten 302 against the West Indies team in UAE in 2016.
T
“The shirt is from 2017 Champions Trophy which we won, it has the signature of all the players which were present in the squad,” Ali said in a video posted on Twitter. “Both these things are close to my heart but if it can be used in the difficult times for the benefit of the people I will more than happy,” he added.

Cricketers around the world, including India skipper Virat Kohli and former South Africa captain AB de Villiers, are auctioning their cricketing gears to generate funds to combat the virus.

Mychal Thompson on his Lakers championship declaration: “I was just being...