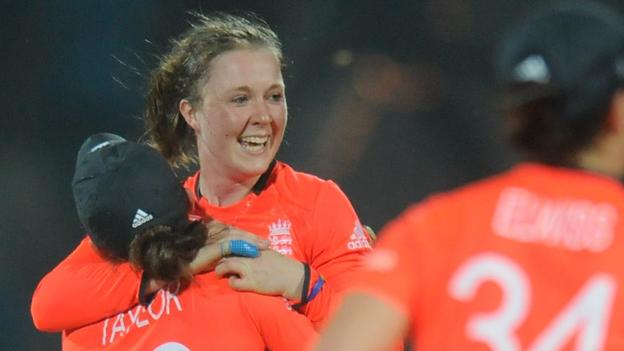 Grundy, 29, played seven ODIs and 12 Twenty20 internationals for England as a left-arm spinner between 2014 and 2016, and was part of the first group of England players to receive central contracts in 2014 but did not have her deal renewed at the end of 2016.

She has recently been a development coach for WA and steps up to replace Lisa Keightley – who took over as England head coach in October 2019.

“It’s a huge honour to be appointed head coach of the WA Women’s team. WA has a rich history in the game and I aim to continue the great work Lisa Keightley and all the support staff have contributed over a number of years,” Warwickshire-born Grundy said.

“The unwavering support from our CEO Christina Matthews and the board has resulted in WA being one of the leading programs in the country and I am extremely grateful to be a part of it.

“I am looking forward to working closely with the staff and playing group to ensure that not only the team, but all individuals, have the opportunity to maximise their potential as both athletes and people.”

Trevor Booker Calls It Quits After Eight Seasons In The NBA