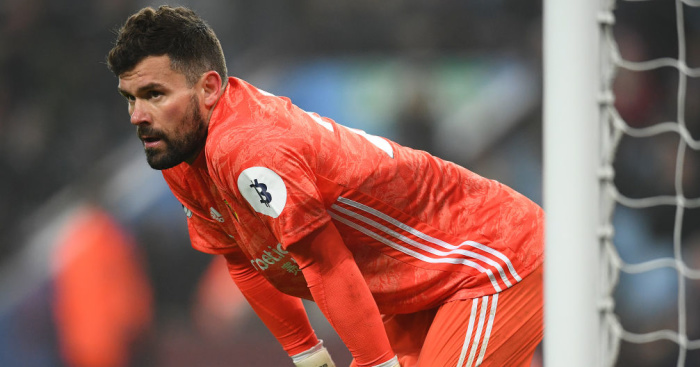 Ben Foster has named and shamed his former Man Utd teammate Nemanja Vidic as his worst opponent in training and has joked that nobody at the club wanted to be on his team during five-a-side or six-a-side matches.

Foster, who just last month denied claims he was wanted by Tottenham, was a squad player for most of his time at Manchester United, managing 23 appearances in all competitions for the Red Devils, while he won two League Cup trophies.

His time at Old Trafford overlapped with Man Utd legend, Vidic, who helped the club to numerous trophies, including five Premier League titles and a Champions League.

And despite admitting that Vidic was a nice guy off the pitch, Foster claims that the Serbian was equally “horrible” to play against in training.

“Just talking about Nemanja, off the pitch he was fairly quiet wasn’t he, but on the pitch, in training, that guy was a scary bloke, honestly,” Foster told the Squeaky Bum Time podcast.

“Horrible, honestly he did not care. If we were playing a five-a-side or six-a-side or something, if you were on his team, I used to think ‘please don’t be on Nemanja’s team, please don’t’.

“Because if we didn’t win, if I let a goal in that he thinks I should have done better with, he was letting you know and he would dig you out and he was after everybody. Honestly he was horrible in training but off the pitch completely different.”

Meanwhile, Jose Mourinho and Jurgen Klopp both had it right in their assessments of Bruno Fernandes, prior to his move to Manchester United.