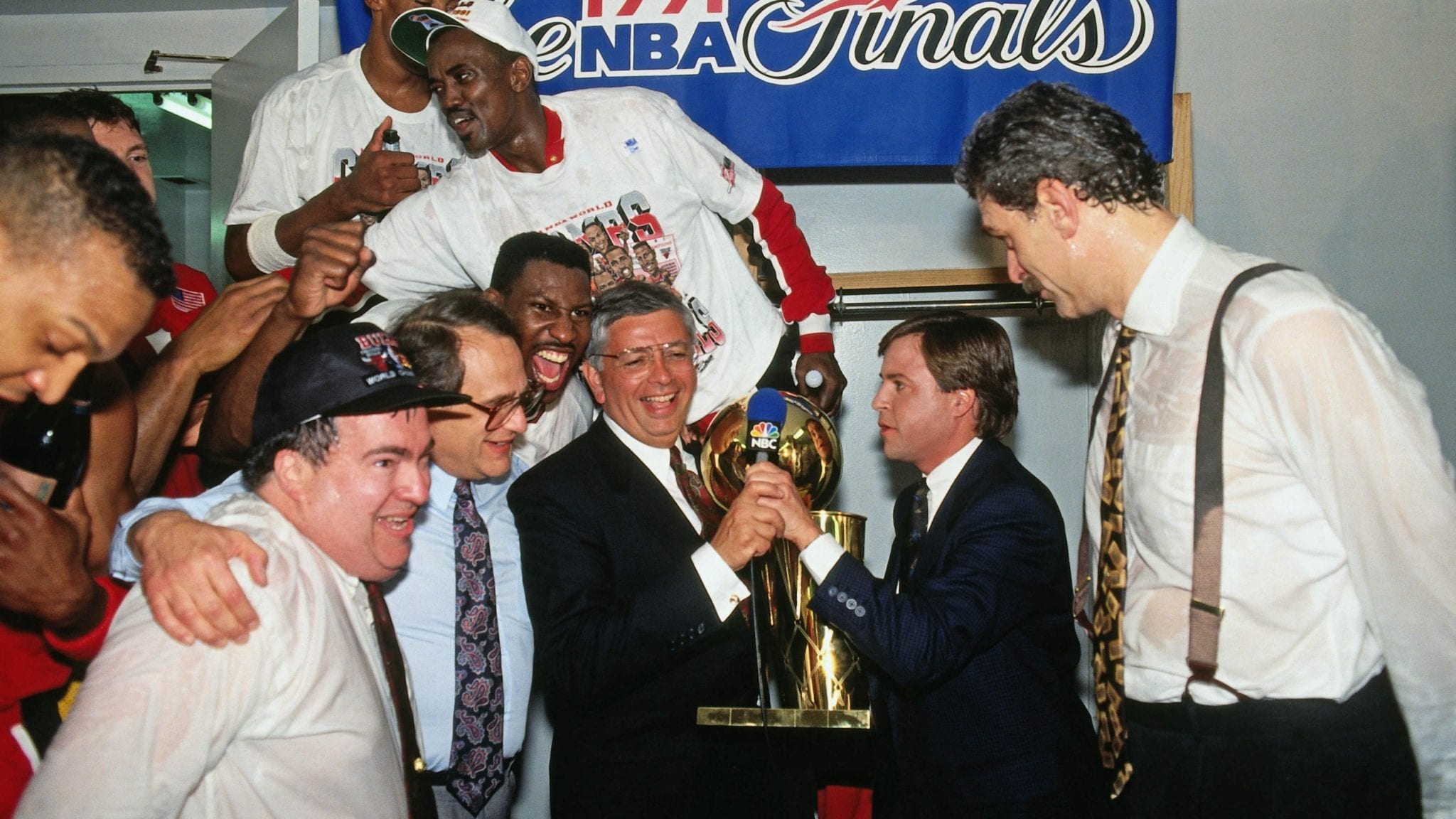 Former Bulls coach Tim Floyd never won a championship with the Chicago, but maybe he deserves a little credit for the team’s last two title runs.

Turns out, Michael Jordan and the rest of the Chicago Bulls were lucky to get a chance to play for a fifth ring, let alone win a sixth.

In an interview Monday, with ESPN 104.5 Baton Rouge’s Off The Bench morning show, Floyd conceded that Bulls owner Jerry Reinsdorf was trying to disband the team as early as 1996.

Then-Bulls general manager Jerry Krause and head coach Phil Jackson were already at odds, and Krause was ready to rebuild.

Reinsdorf scheduled a meeting with Floyd, who was coaching Iowa State at the time, to discuss the Bull’s head coaching position.

“I told Jerry Reinsdorf that day,” Floyd told ESPN, “I don’t think Jerry [Krause] understands that these guys are basically the Beatles. This is the most popular franchise of all time. I said, ‘If I’m you, I would not do this … let it die a natural death because there are certain teams and players you just don’t break up. I think these guys have earned the right to let it die its own death.”

Floyd returned to Iowa State, and the Bulls would win their fourth title, but Reinsdorf would call again.

This time, Floyd shared his perspective with Krause.

When Krause lamented he could not work with Phil Jackson again, Floyd said he told the general manager ‘Y’all just stay the hell away from each other because it’s working.”

Eventually, Krause would get his wishes and prematurely end the Bulls dynasty, as revealed in ‘The Last Dance,” but fans can only wonder how many more titles the team could have racked up if they were left to finish on their own terms.