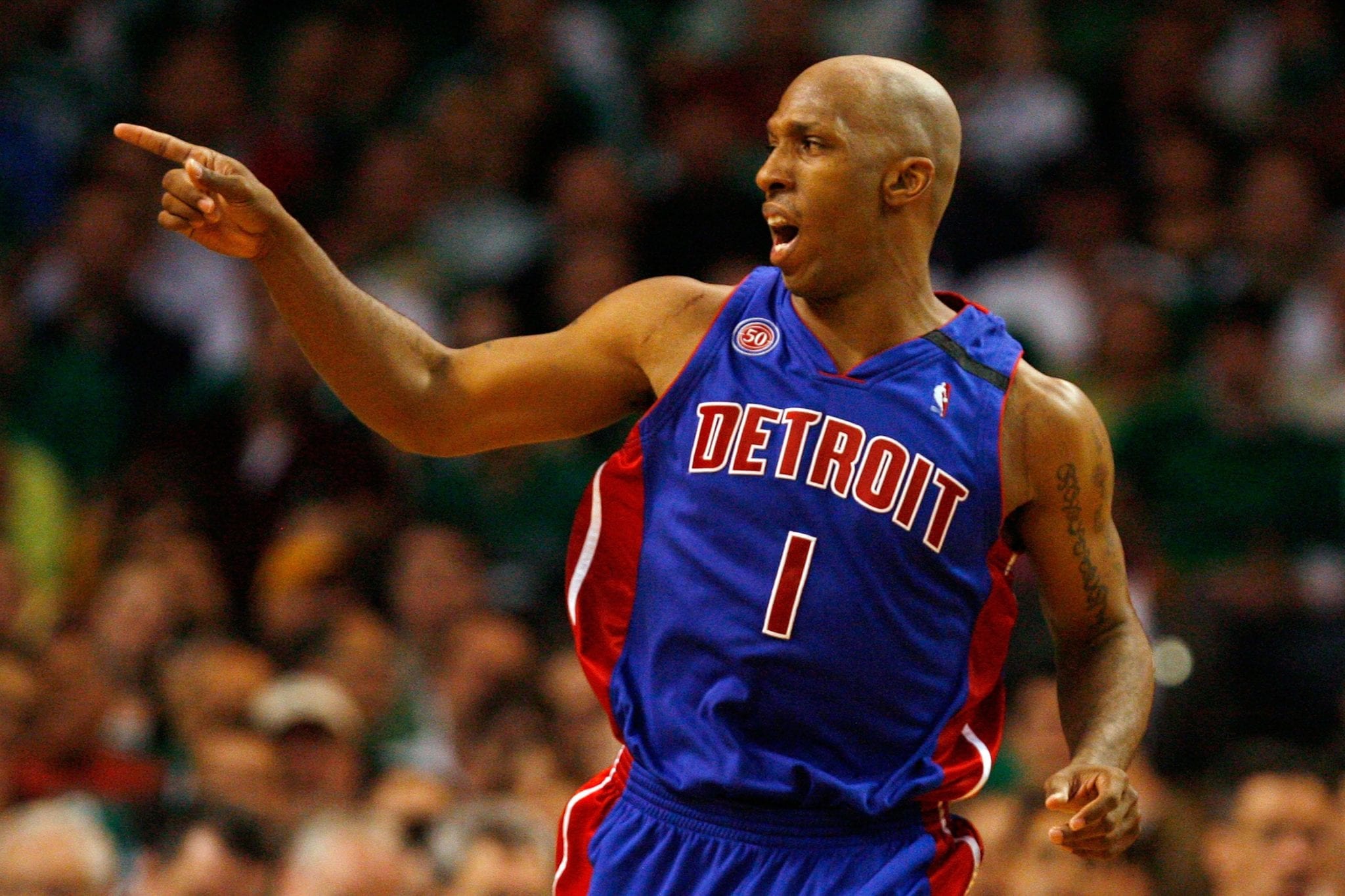 “The Lakers should’ve swept us that year, based on their star lineup,” said Billups.

“Mr. Big Shot,” was a key figure in the Pistons title run, helping turn the team into a formidable defensive foe, and upset the highly favored Lakers who had added veterans Gary Peyton and Karl Malone to their lineup.

Per Bleacher Report (via ESPN):

“If you look at the names on the back of the jerseys, yeah, they should have swept us,” Billups said. “They really should have.”

Most players, coaches, and fans would agree with Billups’s assessment.

The Lakers were loaded with star power.

Shaquille O’Neal was still in his prime and Kobe Bryant was on his way to greatness, but off the court tensions that season would doom team chemistry.

The Pistons didnt have the marquee players the Lakers flaunted, but they did have a great team that played tenacious defense.

Despite knowing the odds were against them, Billups was confident.

“When [Los Angeles] beat Minnesota, I was happy,” Billups said. “Because I felt like there was no way the Lakers could beat us.”

Detroit would embarrass the Lakers winning the series 4-1.