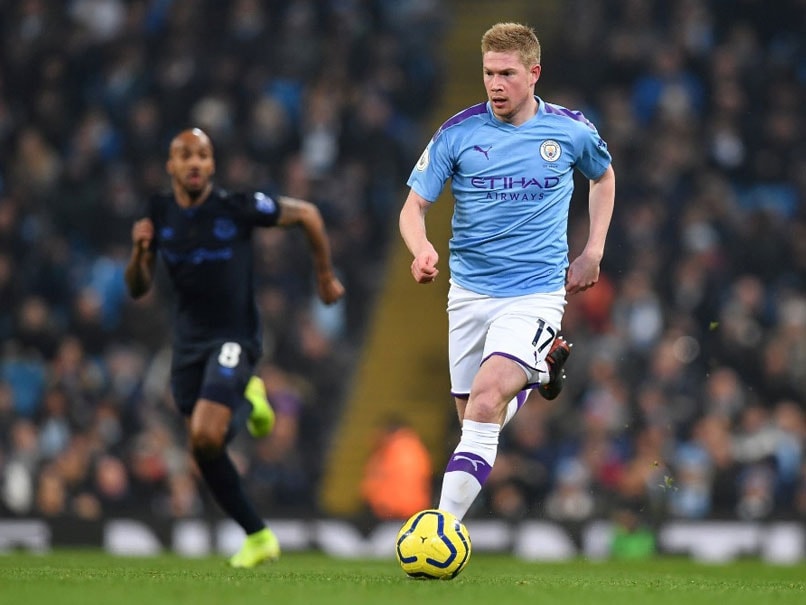 Manchester City midfielder Kevin De Bruyne believes the Premier League season will be finished despite the coronavirus pandemic “because the financial aspect is far too important”. “My feeling is that we may be able to train again within two weeks. The government wants to restart football as soon as possible to give people something. I think this season will be finished,” De Bruyne told Belgian daily Het Laatste Nieuws.

“The financial aspect is far too important in the Premier League. If the season is not finished, it will cause serious problems,” he added.

Clubs were presented with the league’s “Project Restart” plans at a meeting on Friday and were told the remaining 92 matches of the 2019-2020 season must be played at neutral venues.

De Bruyne also said he was optimistic about City’s participation in next season’s Champions League. UEFA has banned the club from European competition for the next two years for “serious breaches” of financial fair-play rules.

“The club told us they’re going to appeal and that they’re almost certain to get their way. I’m waiting to see what happens, but I trust my club,” said De Bruyne.

The 28-year-old Belgium international admitted he would be forced to consider his City future if the ban was upheld.

“Once we know more, I will make a decision. Two years without playing in Europe would be long but in the case of one year I might see,” he said.