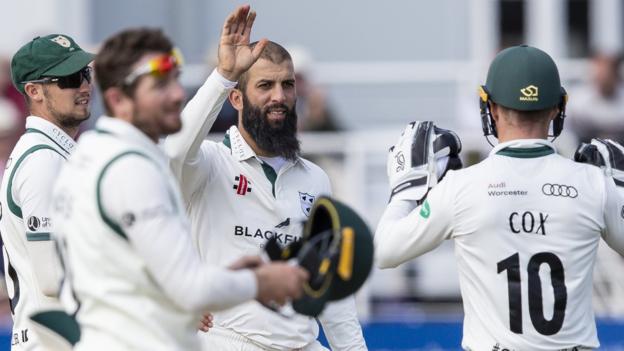 Counties are facing an £85m loss of revenue if “the very real possibility” of no cricket this summer becomes a reality, according to a new report.

“Covid-19 will make a bad situation worse for first-class counties,” the report adds.

And it warns that a postponement of the first season of The Hundred until 2021 is “very likely”.

The ECB, which has already pledged £40m to support counties, has been forced to delay the start of the 2020 campaign until at least 1 July because of the coronavirus pandemic.

The Hundred, featuring men’s and women’s city-based teams, is due to begin just 16 days later, and the English game’s governing body has yet to make a decision on whether the competition should go ahead this year.

If it is put back to 2021, it will make its debut in a year also now set to feature Euro 2021 and the Tokyo Olympics, which have also been postponed.

The Oakwell report urges the ECB to consider converting its revenue distributions into equity stakes, which would allow for potential private investment which would, in turn, “help counties fund the overall game”.

It says The Hundred “needs to be able to attract Indian players and subsequently an Indian fan base too” as 90% of the one billion cricket followers around the world are from the sub-continent.

No Indian players were part of the draft for The Hundred last October.

ECB officials will meet on Wednesday and are continuing to look at ways of ensuring cricket remains part of this summer’s sporting schedule, including the possibility of staging games overseas.

Oakwell Sports says, however, that if there is a total cancellation of the season, counties would miss out on income from matchdays, conferences and other events, resulting in a combined revenue loss of £85m.

Using data from 16 of the 18 counties, the report shows Warwickshire receive only 6% of their total revenue from the ECB, while Worcestershire (53%) and Leicestershire (61%) have the highest grant percentages.

However, the report states: “Cancellation of the entire English cricketing summer will create significant cashflow problems for smaller first-class counties, but there are more significant impacts to ‘bigger’ counties both in the short and long-term.”

And it claims: “Without the ECB grants, the majority of first-class counties would be financially insolvent.

“Although Test match venues are less reliant on ECB grant income to remain solvent, they have strong non-cricket business that will be directly impacted by Covid-19.”

Unlike the Football Association and Rugby Football Union, the ECB funds professional clubs as well as the international and recreational game.

“By having less than 18 counties, or by having a structure whereby counties were privately owned, the ECB would be able to create a more self-sufficient, sustainable county system,” the report says.

If, however, 18 county clubs are to remain, Oakwell recommends looking into the creation of an ‘ECB Bank’ as a potential way of funding them in the future.

It says “creating a dedicated internal lending bank controlled by the ECB” would provide “competitive funding solutions for all member counties on a sustainable basis” and promote “equality and stability in the county system at low financial risk”.

Clippers’ Ivica Zubac designates the importance of having mentors | TalkBasket.net