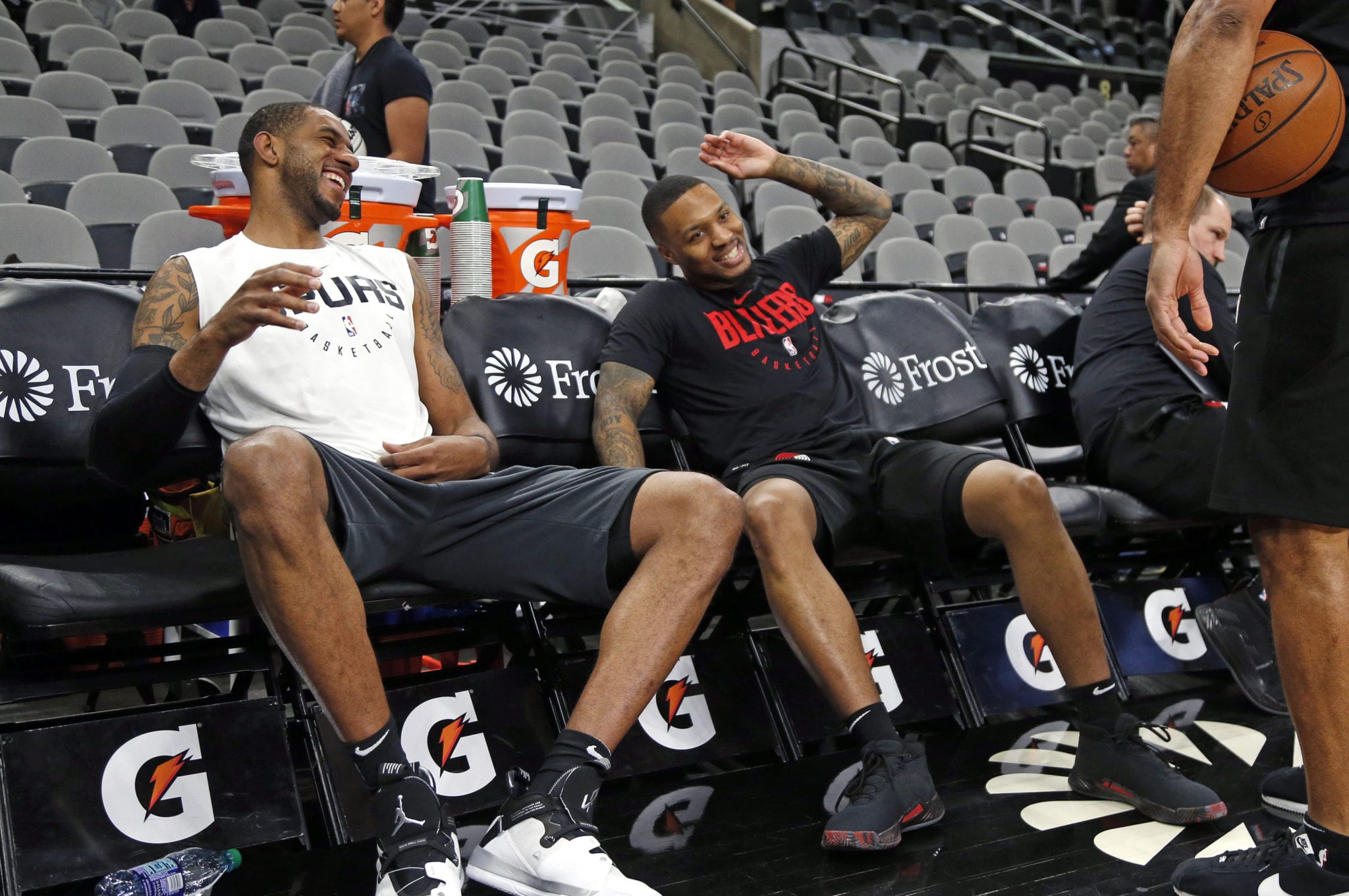 It appears both Damian Lillard and LaMarcus Aldridge have discussed reuniting.

While answering fan questions on the Blazers Twitter account, Lillard was asked about adding a former teammate to the current Trail Blazers roster.

His answer was the guy answering the questions next to him.

Yep, Lillard hinted at wanting to have Aldridge back on the squad.

Aldridge signed with the San Antonio Spurs in the summer of 2015.

Since then the tweet has been deleted, but not before it was able to be seen.

Now the question becomes whether or not this is considered tampering under league rules.

If Aldridge wasn’t a current of the member of the Spurs, this would be a different story.

Unfortunately, Alridge is still under contract for a subpar San Antonio team.

In all honesty though, this seems like just a harmless situation.

A star player like Damian Lillard expressing his desire to reunite with a teammate because he was asked a question should not be fined or even an issue.

Especially when the two players are just passing the quarantine time during the current coronavirus pandemic.

Regardless of the situation, this will be a fun developing story to keep an eye on.

GMs Concerned About Coronavirus Risk For Older Coaches and Staff