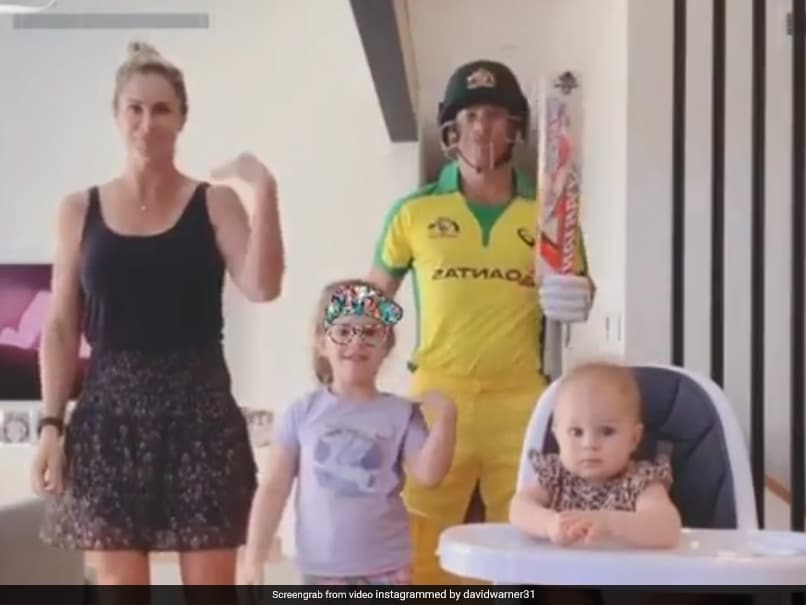 When Australia opener David Warner is in his Australia gear, padded up with helmet strapped on, one expects to see him striding out to the middle of the ground, ready to smash bowlers out of the park. But this time, the left-handed batsman was found instead in yet another TikTok video, as he put on a dance routine along with wife Candice Warner and two of their daughters. “#SATURDAYVIBES,” Warner, who has been very active on social media, captioned the video on Instagram.

Warner made his TikTok debut earlier this month, when he posted on Instagram asking for help to get followers on the video app.

His dance with daughter Indi-Rae to the hit track “Sheila ki Jawaani” went viral, while his next TikTok video was met with a brutal response from Australia teammate Chris Lynn.

Warner was set to captain the SunRisers Hyderabad in IPL 2020 but that has been delayed because of the coronavirus pandemic.

Last Thursday, the Board of Control for Cricket in India (BCCI) confirmed the indefinite postponement of the cash-rich league.

Victor Oladipo Trade Rumors: Is the Pacers Star on the Block?

My thigh was swollen for 10 days: Smriti Mandhana recalls being...