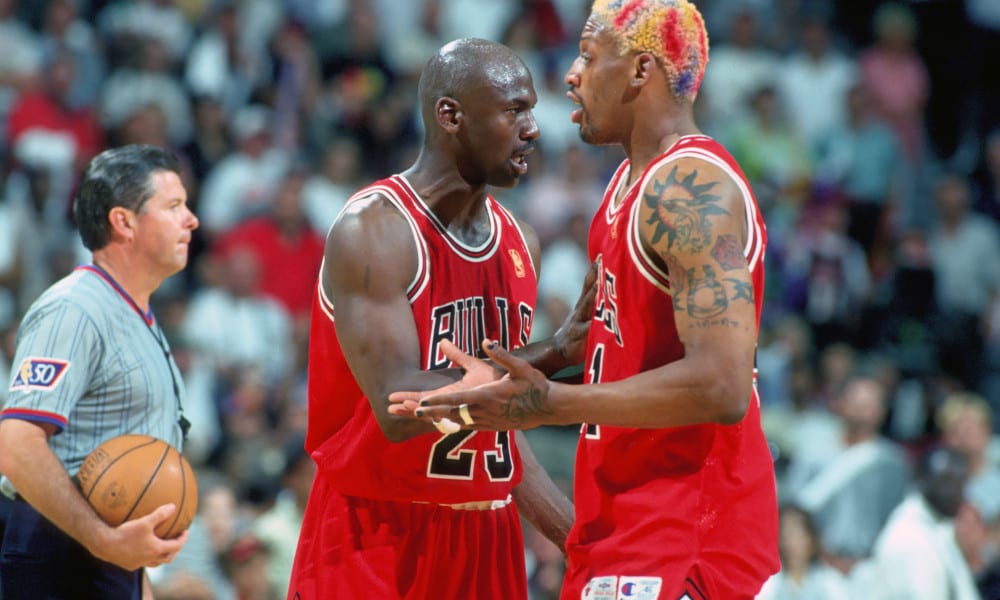 It wouldn’t be a hot take on the first two episodes of the “The Last Dance” without the input of former Bull Dennis Rodman.

On the day after the premiere of the ten-part docuseries, Rodman went to ESPN’s First Take to discuss the series.

In particular, Rodman would give the First Take crew his thoughts on Bulls GM Jerry Krause.

“So I think Jerry Krause, I was there those three years and wow, it was something, Molly,” speaking to Molly Qerim Rose.

Rodman explained that he had never seen such tension between players and management.

During the second episode, in particular, the rift between Scottie Pippen and Bulls management was front and center.

However, while the Pippen trade talks and contract disputes were a warning, there were other nails being hammered into the coffin.

Michael Jordan was already on record as saying that he would not play for any coach other than Jackson, who was convinced to come back by owner Jerry Reinsdorf.

In fact, they gave Jackson six million reasons on his contract to return for that final year.

Rodman was just happy to be there and win titles.

“For me, I was just more there for the ride, pretty much. I wanted to win championships with these guys. I would go to war for these guys any time of the day.”

More than anything it seems Rodman laments what could have been after the 1998 season.

“It was just sad the fact that we could have come back and won a fourth championship very easily.”

Now that fans have a taste of Krause vs Phil and the Players, there are two more bites to come.

Episodes three and four of The Last Dance will air on Sunday, April 26th at 9 ET.