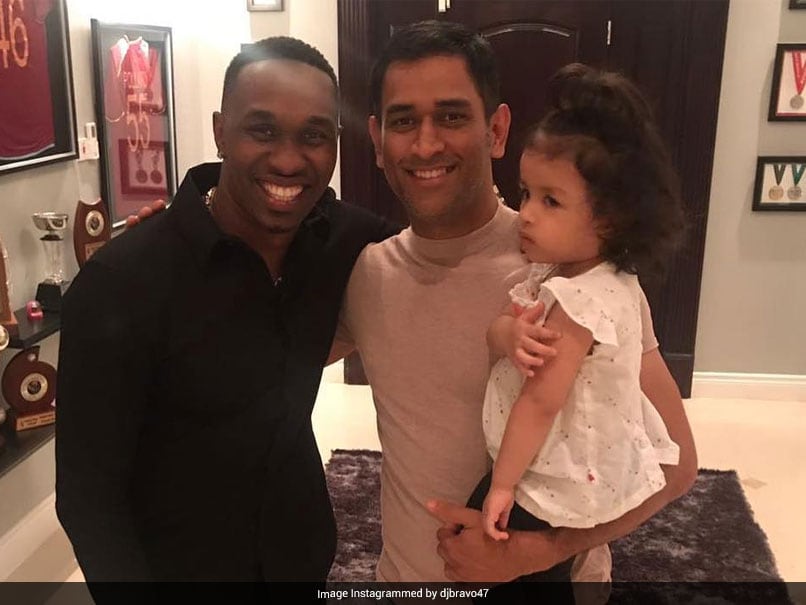 Chennai Super Kings all-rounder Dwayne Bravo has revealed that he is working on a special song for former India captain MS Dhoni. Dwayne Bravo interacted with Bollywood actress Sunny Leone via an Instagram Live session. During the chat, Sunny Leone asked the West Indies all-rounder if he is working on any new songs. In reply, Dwayne Bravo said that he is going to write a song specially designed for MS Dhoni and also went onto reveal that the title of the song will be “Number 7”.

“I am working on a song called Number 7, it is a special song going to be designed for MS Dhoni only,” Bravo said.

“I’m going to write the song based on his career, his achievements, and the love that we all as cricketers and fans have for him. The title of the song is Number 7,” Bravo added.

Recently, Bravo launched a new song on the coronavirus pandemic. He had named the song ‘We not giving up’.

The 36-year-old has been quite active on social media during the coronavirus lockdown.

In one of his recent interactions with CSK on Instagram, Bravo lavished praise on MS Dhoni and the Chennai-based franchise for always backing him.

“MS Dhoni has always trusted me and the coach Stephen Fleming also backs me. They allow me to be myself. I bowl in the death overs and sometimes I end up going for runs. CSK has always shown faith in my ability to bowl at the death. Coming up against top players, things won’t always go your way. But I am a strong believer in my talent,” he had said.

Rohit Sharma Has An Edge Over Virat Kohli: Gautam Gambhir