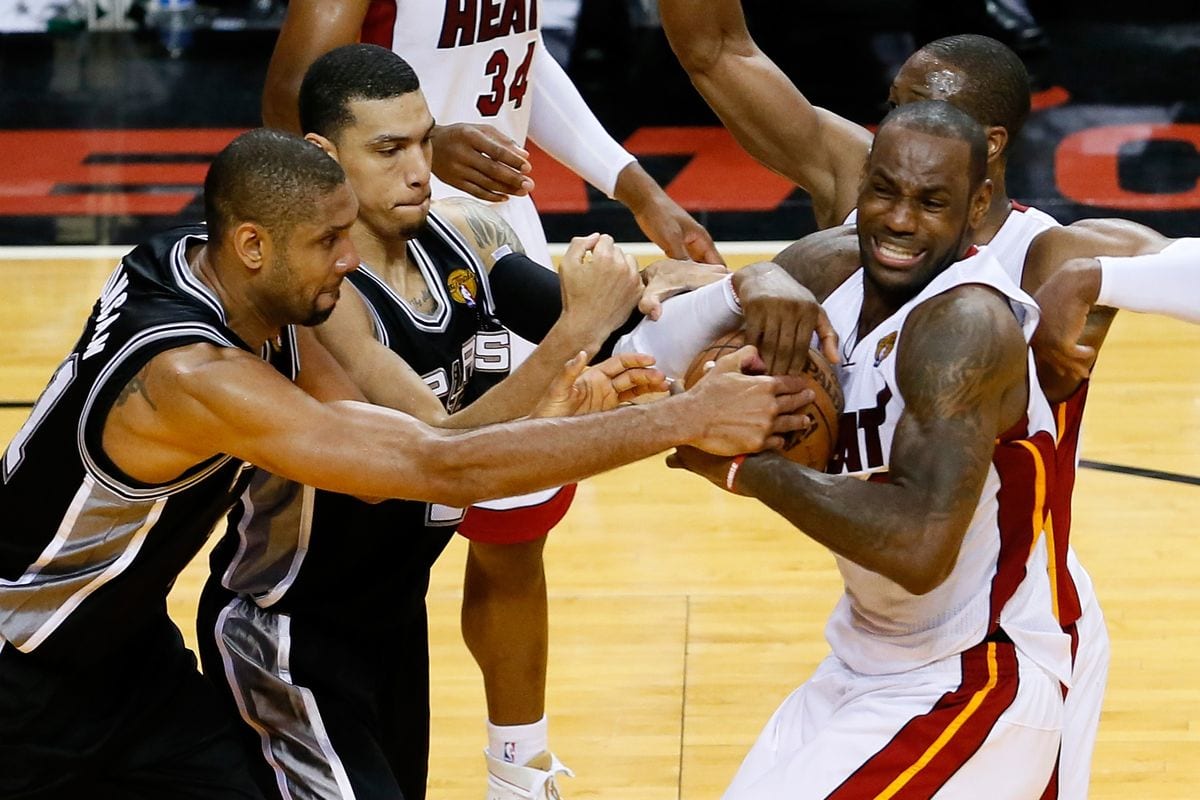 The 2013 NBA Finals was a seven-game classic rollercoaster of a series.

The series began with both the Spurs and Miami Heat trading victories.

However, once the Spurs won Game 5, Miami’s “Big Three” was in real trouble.

With a second finals loss in three years, it would’ve been hard to imagine this Miami team remaining intact.

However, history has a funny way of changing things.

In fact, there are two scenarios in this series that really made it memorable.

Ray Allen saves Miami at the end of Game 6

Game 6 had the Spurs leading by three points with about 17 seconds left.

The tape was being put around the court and the trophy was prepared to return to Texas.

But the funny thing was, the trophy never made it to Texas that night.

LeBron James fired up a three that hit the side of the basket.

Chris Bosh deflects the rebound to Ray Allen who’s waiting in the corner.

Allen raises up, and the shot heard around the world hits nothing but net.

That three-pointer tied the contest up, and sent it to overtime.

There was still a game left for the Spurs to win.

Game 7 was another close game that went to the wire.

With the Spurs down two points, Manu Ginobili found Duncan with a mismatch in the low post.

Duncan powered his way in and missed the first opportunity.

However, the Spurs fate was sealed when Duncan missed a shot and put back with under a minute left in the game.

Miami held on to win their second straight title.

James won Finals MVP, and the Spurs waited an entire year to get their revenge.

While Duncan won another title the following, the 2013 NBA Finals remains the biggest loss of his legendary career.