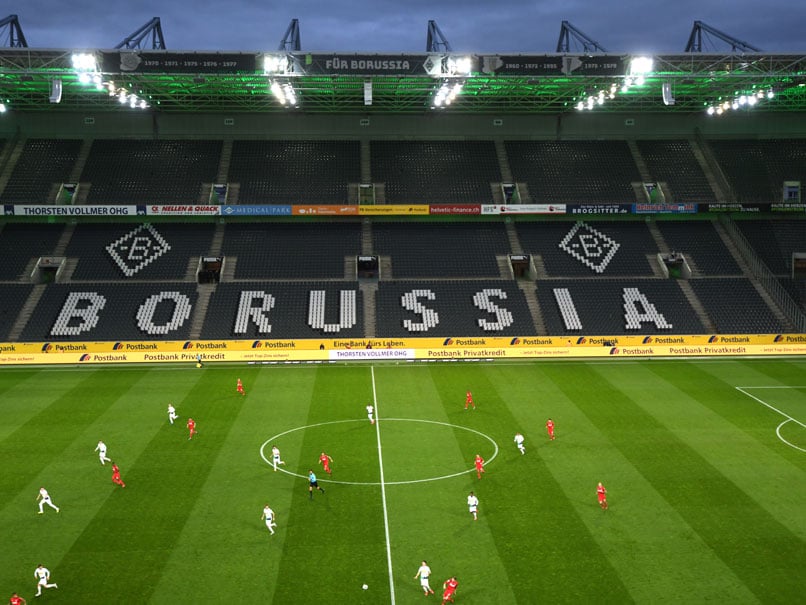 Berlin plans to allow Germany’s Bundesliga to restart behind closed doors in May after weeks of shutdown imposed to control the spread of the coronavirus, according to a draft government agreement seen by AFP Wednesday. Politicians believe restarting play in the first and second divisions to “limit the economic damage” for the 36 clubs is “acceptable”, the document showed. Chancellor Angela Merkel and state premiers will set a date for the games to begin in a telephone conference later Wednesday, with German media reporting May 21 was a possible candidate.

“Restarting match activity must be preceded by a two-week quarantine, where appropriate in the form of a training camp” for players, the document read.

Germany’s influential DFL football league has long urged restarting play, which it says is vital for a sector that employs 56,000 people in Germany.

It has offered authorities a strict infection control plan based on numerous coronavirus tests, which it says would allow the competition to be relaunched with low risk.

Health Minister Jens Spahn has judged that the scheme “makes sense and can serve as an example for other forms of professional sport,” although “it has to be lived up to”.

German clubs stand to recoup 300 million euros ($325 million) in TV rights if they are allowed to contest the nine remaining match days in the Bundesliga season.

That could help soak up some of their financial losses, with more than a dozen of the 36 first- and second-division teams on the brink of bankruptcy according to media reports.

The DFL will hold a general meeting by video conference Thursday where representatives from the clubs will finalise details of the restart.

Most have already begun training again in anticipation.

Lebron to Shaquille: “For every free throw you missed, one hair...

Premier League clubs told rest of season will be held at...