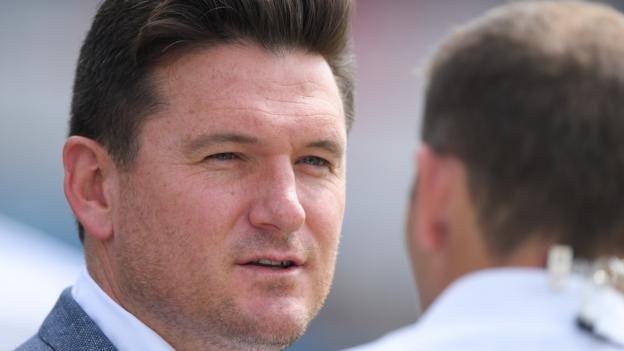 South Africa have appointed former captain Graeme Smith as director of cricket on a permanent basis.

The 39-year-old was given the job in an acting capacity in December but has now signed an initial two-year deal.

Smith oversaw the 3-1 Test series defeat at home to England in December and January.

“I am determined to get South African cricket back to where it belongs as one of the world leaders at international level,” said Smith.

“My appointment brings a degree of permanency to my position which makes planning the road ahead a lot easier.

“There is a lot of work that still needs to be done, not just at international level but throughout our pipeline development pathways as well.”

Smith said he will not appoint limited-overs captain Quinton de Kock as Test skipper to replace Faf du Plessis, who stepped down in February.

He said: “From personal experience I know that captaining all three formats is challenging and we don’t want to overburden him (Quinton).”

Cricket South Africa’s acting chief executive Dr Jacques Faul said: “Graeme has made a huge impact with his energy, expertise, hard work ethic and characteristic determination and passion he has brought to the position during the time he has served in an acting capacity.”

Smith made his South Africa debut in 2002 and succeeded Shaun Pollock as captain the following year, becoming the Proteas’ youngest skipper at the age of 22.