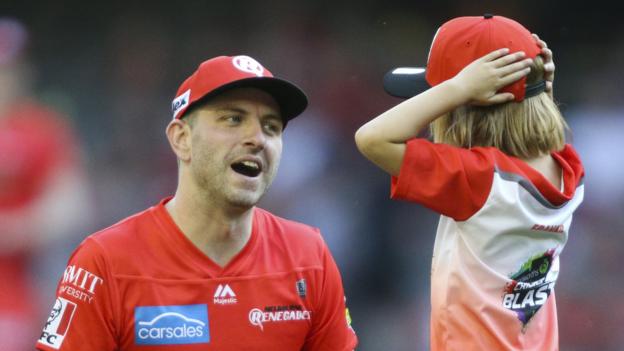 This story was originally due to be told in a different world.

It was a time when the impact of Covid-19 was a threat, rather than a reality. When leaving the house was a luxury taken for granted. When queuing to get into a shop only happened in the early hours of Boxing Day. Pubs were still open.

In this particular pub, just outside Melton Mowbray, one of the owners is sitting under the window, tapping away on a laptop.

He also happens to be one of Twenty20 cricket’s leading bowlers of the past 18 months. His business partner is second on the list of England’s all-time Test wicket-takers.

In the ensuing conversation with Harry Gurney, his intelligence, thoughtfulness and assuredness mean it is no surprise when, shortly after social distancing measures are introduced, the Tap and Run is turned into a takeaway and village shop not only to serve the community, but also in an attempt to protect the jobs of its staff.

That, though, is for the future. We start in the past, and how Gurney, Nottinghamshire team-mate Stuart Broad and their friend Dan Cramp came to own this gastropub and its forerunner, the Three Crowns.

“The Three Crowns became available and I had the crazy idea of taking it on,” says Gurney. “Dan was running the Larwood & Voce at Trent Bridge at the time, and I asked him to come for a pint to discuss what he thought about the prospect of it.

“Dan and Broady had often talked about doing a pub together, so we went round to Broady’s house with a proposal. Within 24 hours, he was on board.”

Gurney, a 33-year-old left-arm seamer, describes himself as “very hands on” and chairs meetings of the management team every Monday morning.

When he’s unavailable – franchise cricket has taken him to Australia, India, Pakistan, the United Arab Emirates and the Caribbean in the past year or so – his wife takes charge.

And Broad? “The only time Broady pulls pints is when we have photographers in here and they ask him to do it,” says Gurney. “He’s useless. It’s always got a massive head on it. He’s OK at pouring a glass of red. What he is good at is sitting, eating and drinking.

“But, like I have, he’s put his hand in his pocket to invest. People come in here saying ‘Is Stuart here? This is his pub, isn’t it?’ We’ve started putting his name on our advertising.

“People often ask me if I mind flying under the radar, which I don’t. One of the reasons I’m in business with Broady, apart from the fact that we’re mates, is to use his profile.”

The ability to make clear-headed, calm and calculated manoeuvres in business probably goes hand in hand with the temperament to bowl the crucial overs in the world’s biggest T20 tournaments.

Gurney, who has a degree in economics and says he would probably have worked in the City had he not become a cricketer, believes his decision-making skills were honed at the poker table.

“I got released by Leicestershire in 2008 and I went off and tried to become a professional poker player,” he explains. “I had an online poker sponsorship. They’d give me $500 a day. At the end of the day, they’d take the profit and if I was down, they’d top it up. At the end of the month, we split the overall profit.

“The problem is there was never any profit and I got flicked after about three months.

“I still play a little bit. Poker helps you hone your decision-making process. when it comes to making decisions in life, in business and on the cricket pitch, when you weigh up the pros and cons, all of those hours sat at poker tables have had an influence.”

Poker sidelined and cricket career back on track, Gurney joined Notts for the 2012 season and was playing for England two years later. All of his 10 one-day international and two T20 caps came in 2014.

Although he admits he was never likely to play Test cricket, Gurney remained a mainstay of the Notts attack in first-class cricket and was their leading wicket-taker in the County Championship in 2018.

By then, though, he was plotting a change.

“I’d got to the point where I wasn’t enjoying four-day cricket, but I wasn’t in the position financially where I could afford to retire because I wasn’t playing franchise cricket. I continued to do so for a couple of years, slightly reluctantly,” he says.

“Sitting on the team bus in 2018, I made the decision to try to pursue the franchise world. I’d had a good record in the T20 Blast and I decided to try my hardest that winter to get involved in the overseas leagues.

“One particular night was the catalyst for it. We were playing Yorkshire at Headingley. Dan Christian, the Notts captain, said at the toss that I was the best death bowler in the world. The game was televised and a lot of people probably sat at home and laughed. But, rightly or wrongly, it drew attention to me.

“I bowled the last over of the innings at Kane Williamson, who had just got the orange cap in the IPL, and Tim Bresnan. It only went for one run off the bat and that night my social media really began to take off.

“Within a few weeks I had a Big Bash contract, a PSL contract, an IPL contract and a T10 contract. I’d gone from nothing to all of them.”

Earning the contracts is one thing. Making a success out of them is another.

In 2019, the only fast bowler to take more wickets in T20 cricket than Gurney was Pakistan’s Wahab Riaz. Gurney won the Caribbean Premier League with Barbados Tridents and the Pakistan Super League with Quetta Gladiators.

When Gurney’s Melbourne Renegades took the title, Gurney was able to reply by tweeting: “Mr Bean has a BBL winners’ medal.”

At the time of our conversation, Gurney thought he was a week away from heading to his second season in the IPL with Kolkata Knight Riders.

If and when this year’s edition of cricket’s biggest domestic competition gets under way, he will once again link up with West Indian megastar Andre Russell – “it’s like playing cricket with a giant or someone with superpowers; the way he fields, the way he strikes the ball, it’s like men against boys” – and welcome the new signing of Australia pace bowler Pat Cummins – “I’ll probably learn what goes in his water bottle, because I expect to be mixing his drinks”.

Also in the KKR dressing room will be England captain Eoin Morgan, presenting Gurney with the opportunity to press a claim for a place at the T20 World Cup, one of the few global sporting events remaining on this year’s calendar.

Although he admits the World Cup in October and November has “crossed my mind”, Gurney’s ambition is also to complete the set of major franchise titles by winning the IPL and The Hundred, whenever the new competition is born.

If and when he does, there are a couple of pubs ready to host the celebrations.

Then again, just being in the pub would be cause for us all to celebrate.