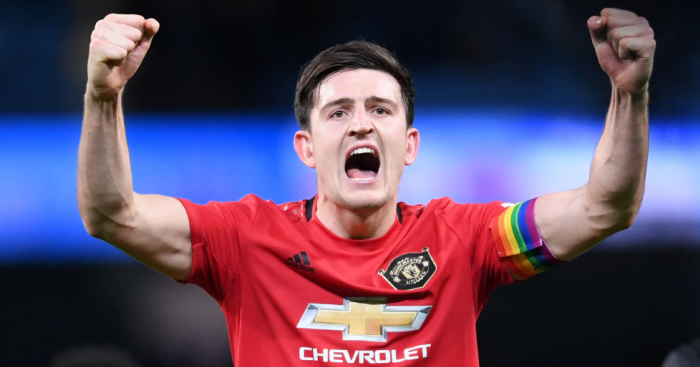 United have not been crowned champions since 2012/13 and in the six completed seasons since Sir Alex Ferguson’s departure, they have only finished in the Champions League places on two occasions.

Before British football was brought to an immediate standstill, Ole Gunnar Solskjaer’s side were unbeaten in 11 matches in all competitions to close to within three points of fourth-placed Chelsea.

Maguire is heartened by the progress United have made in recent months and the centre-back, signed from Leicester for £80million last summer, hopes the building blocks put in place can lead to honours further down the line.

“I knew when I first came to Manchester United, (something) that Ole said to me loads and loads it’s a building process but we’ll be where we want to be. I can see where we’re heading and the style he wants to implement on the team.

“We know there’s still a lot of improvement to get there, but we’re on the right track and I’m sure eventually we will get there.”

Maguire opens up on Bruno Fernandes

United signing Bruno Fernandes has been hailed as a shrewd purchase, with the Portuguese hitting the ground running in England, where he was crowned the Premier League’s player of the month in February.

The midfielder’s presence on and off the pitch has revitalised United, according to Maguire, who added: “He’s been brilliant since he’s come in, off the field around the training ground, he’s a leader and wants to win, everything he does he wants to win, you can tell he’s been brought up with that attitude.

“He’s just given us that little bit more life and creativity in the middle, something (pundits) and United fans have said we’ve missed over the years.”

Former United manager Louis van Gaal, meanwhile, has been told he did himself zero favours during his time at Old Trafford by discarding these seven key stars too quickly.

Dennis Rodman on Isiah Thomas: “He pretty much saved my career”...