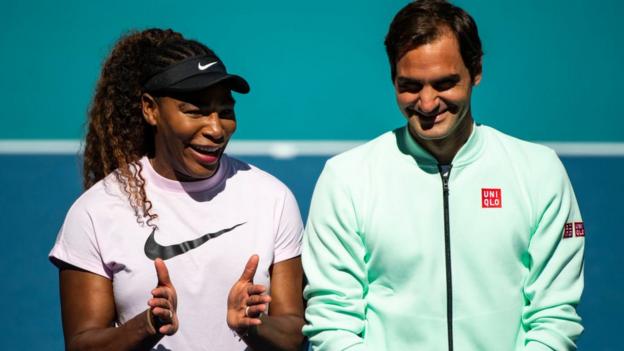 Roger Federer believes “it is time for men’s and women’s tennis to be united” in the wake of the coronavirus crisis.

“We can come out of this with two weakened bodies or one stronger body,” said Federer, who added it “probably should have happened a long time ago”.

In a series of social media posts on Wednesday, Federer added: “I am not talking about merging competition on the court but merging the two governing bodies that oversee the men’s and women’s professional tours.

Wimbledon champion Simona Halep said Federer “was not the only one” who thought the two bodies should merge.

All tennis has been abandoned until at least 13 July, with Wimbledon cancelling its grass court tournament for the first time since World War Two because of the coronavirus pandemic.

It followed the postponement of the French Open, which was due to begin in May but has been rescheduled to take place in Paris from 20 September-4 October.

The Next All-Stars: Atlantic Division