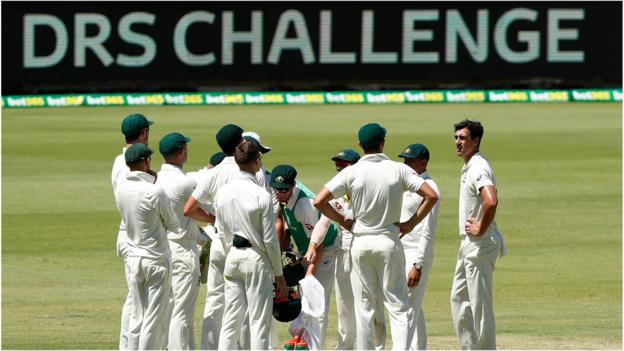 The DRS system was first introduced to Test cricket in 2009 and it is now used in all three formats.

Recently retired Gould said umpire’s call – which relates to an lbw decision – should be removed if DRS is available worldwide.

“To me, you have to have DRS worldwide and if you do that, I’d take umpire’s call out,” Gould said.

If a player reviews an lbw decision and less than half the ball is hitting the stumps, then the on-field umpire’s call stands.

Teams no longer lose a review if a review is shown to be umpire’s call.

“My argument is you can’t go to one place and have 37 cameras on every decision you make, then you go somewhere else and there’s only 10,” Gould told BBC 5 Live’s Tuffers and Vaughan Show.

“It’s unfair. It doesn’t equal the game up.”

The use of DRS is irregular in women’s cricket in particular.

Global tournaments tend to have the technology but bilaterial limited-overs series do not.

In the men’s game, Cricket Ireland could not afford the technology for their Test match against Pakistan.

Gould, who stood in 251 international matches, said umpires were “not massive fans” when the technology was first introduced.

“If a batsman came forward and was hit on the pad, then it was not out,” he said.

“Then all of a sudden, you were seeing these things in front of you.

“That was the hard bit. When I first joined, a lot of senior umpires felt as though they were being shown up.”