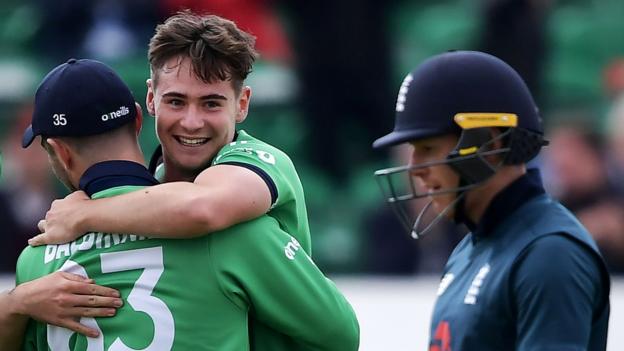 Ireland will be “very flexible” over a potential rescheduling of their one-day series in England in September, according to Cricket Ireland chief executive Warren Deutrom.

Amid disruption caused by the coronavirus pandemic, the England and Wales Cricket Board (ECB) is hoping to provide an update on the full summer schedule by the end of April.

“The ECB have floated a couple of options in terms of potential rescheduling of our games,” Deutrom told BBC Sport.

“Whenever they want us to play those games, we will do our very best to be available.”

All professional cricket in England and Wales is on hold until at least 28 May, with the first Test of the summer – against West Indies starting on 4 June – looking likely to be postponed.

The ECB board will meet on 23 April to discuss different scheduling plans, some of which still include staging The Hundred this season, although it seems unlikely that the new 100-ball competition will be able to be launched this year.

England are scheduled to play Ireland on 10, 12 and 15 September at Trent Bridge, Edgbaston and The Oval respectively, and are also due to host Pakistan and Australia this summer.

“The ECB has an enormous jigsaw puzzle in terms of the international and domestic cricket they are trying to fit in,” said Deutrom, who conceded Ireland must be “realistic” about the chances of their home matches against New Zealand and Pakistan in June and July taking place.

“We are very flexible, because we don’t have as much international cricket to play.

“The ECB has been very supportive of us in the past. We would wish to reciprocate that where we can.”

With the ECB hopeful that all international matches can be played this summer, one possibility would be to stage Test and limited-overs matches simultaneously by fielding two separate England teams.

Deutrom acknowledged there have been times in the past when Ireland have faced England teams that have not been full strength – in an abandoned ODI in Dublin in 2015, England fielded five debutants.

However, in 12 matches across all three formats, Ireland have beaten England only once, a famous triumph at the 2011 World Cup.

“There have always been a number of comments in the past relating to the fact that ECB wouldn’t necessarily have sent over its first-choice team in an ODI to come and play in Ireland, but we haven’t beaten them yet,” he said.

“I don’t think we would be assuming just because Test cricket might be going on at the same time that we would be up against a weaker team.

“I’m sure England have sufficient depth to be able to do that.”

On Wednesday it was announced that Deutrom will take a 25% pay cut for the remainder of the year, while Cricket Ireland’s other non-playing staff will take a 20% reduction in April and May. Employees in Northern Ireland have been furloughed.