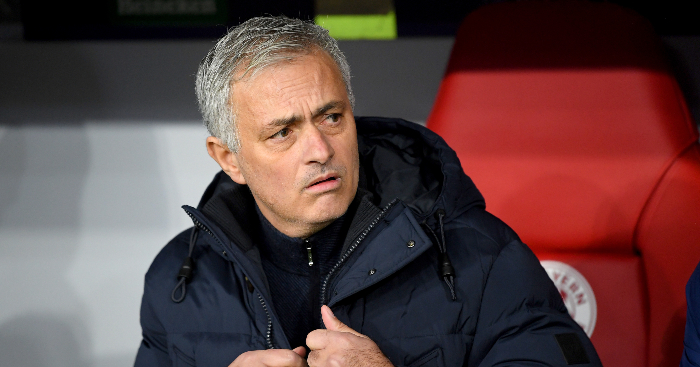 Tottenham boss Jose Mourinho has conceded that he “misses our world” with normal life turned upside down with the absence of football caused by the coronavirus pandemic.

The Portuguese is living away from his family with members of his Spurs coaching staff and on Wednesday helped to deliver fresh produce from the kitchen garden at the club’s training ground to the stadium, which has become a food distribution hub.

“I miss football, but I prefer to say I miss our world, like I think we all do,” he told Sky Sports.

“Football is just part of my world. But we have to be patient, this is a fight that we all have to fight.”

Premier League clubs will discuss the possibility of restarting competition in June when they gather for a shareholders meeting on Friday, and Mourinho hopes a way can be found to safely finish the 2019-20 season.

“With cameras, it means that millions and millions are watching. So if one day we walk into this empty stadium, it will not be empty, not at all.”

Spurs could have forward Harry Kane, midfielder Moussa Sissoko and winger Steven Bergwijn available if and when football is able to safely resume.

“For them it is many, many, many weeks of injury and when the injuries were almost at an end, we stopped training (because of the coronavirus pandemic).

“I don’t know, they don’t know, we have to wait for the official and right permission for the players to train again in groups to see if they can come back to a normal competition level.

READ MORE: Tottenham ready to defy Mourinho over Tanguy Ndombele for one reason

The Portuguese admitted earlier this month that he had acted outside of Government protocol in the lockdown by meeting up for a one-to-one training session with midfielder Tanguy Ndombele on Hadley Common, albeit while socially distancing from each other.

Mourinho says the time flies in the accommodation he is sharing with members of his backroom staff, but that they keep it simple in the kitchen.

“We try our best, we don’t have our families with us but we are big friends, and friends are family,” he said.

“We work a lot, and time flies and when it comes to cooking we try to make it as simple as possible. I am the fried egg specialist and the other guys are a bit better than I am.”

Meanwhile, an emotional Mauricio Pochettino has opened up about links to Newcastle and why he still dreams of a return to the Tottenham dug out. Read more….

A summer without cricket is causing uncertainty over futures – Tom...

Jerry Krause outlined how Michael Jordan could have “screwed” the Bulls...