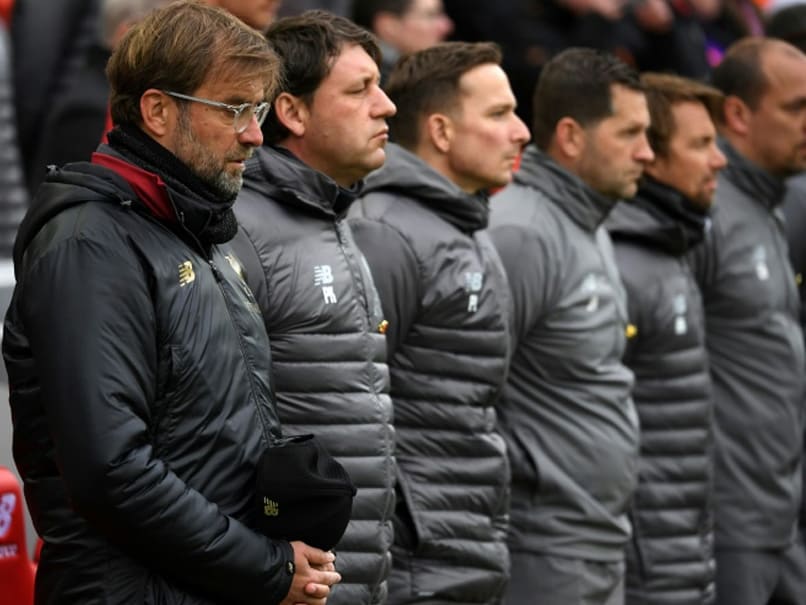 Liverpool manager Jurgen Klopp and captain Jordan Henderson have delivered messages of support to the families of the 96 supporters killed in the Hillsborough disaster 31 years ago. A final memorial service for the victims was due to take place at Anfield on Wednesday, but has been postponed due to coronavirus guidelines on mass gatherings.”Today is the most significant date for our football club each year,” Klopp said in a video message. “The plan was for us to be together at Anfield but this is not possible, the only thing we can make sure is we are in each other’s thoughts. “Believe me you have our thoughts, you have our prayers and most of all you have our love. You’ll never walk alone.”

The final memorial service was arranged after the police commander at Hillsborough, David Duckenfield, was found not guilty of gross negligence manslaughter in November.

“Today was a day when as a club we were all supposed to be together at Anfield to honour the lives of 96 people who went to a football match and never came home,” said Henderson, who has led a charitable fund set up by Premier League players to help health service staff during the coronavirus crisis.

“On behalf of all the players at Liverpool, I just want to let everyone affected know that you are in our thoughts today.

Kenny Dalglish, who was Liverpool manager on the day of the tragedy, also sent his support.

Dalglish was released from the hospital last week after testing positive for COVID-19, although he had been admitted for a separate infection.

“This is a day when, first and foremost, we remember those who went to a football match and never came home – they will never be forgotten,” said Dalglish.

“But we should also think of the families and survivors who showed the rest of us how to deal with an unimaginable tragedy.

“By sticking together, supporting one another and standing up for what was right, they set an example which will always resonate, none more so than during the current time when so many families are dealing with tragedies of their own.

“Today, my thoughts will be with everyone who has suffered since April 15, 1989, and everyone who is suffering now.

“All we can do is carry on sticking together and finding strength in each other in the same way that the Hillsborough families and survivors have over all these years.”

(This story has not been edited by NDTV staff and is auto-generated from a syndicated feed.)