Havertz, who has contributed 45 combined goals and assists for Leverkusen since the start of last season alone – despite only turning 20 last summer, has been heavily linked with Liverpool and has also caught the attention of Manchester City.

Bayern Munich, Real Madrid and Barcelona are among the others thought to be watching him. 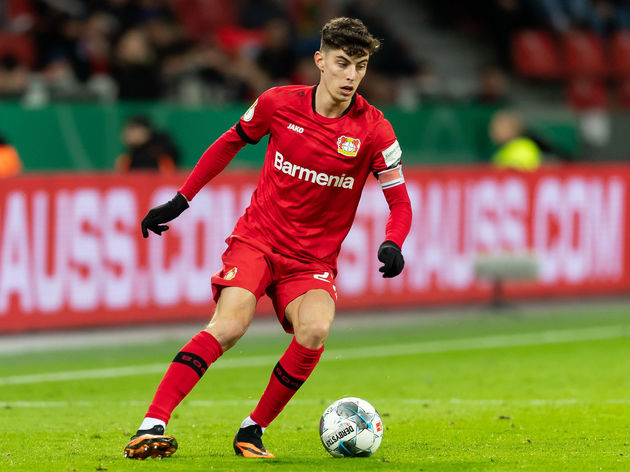 “I’m ready to take a big step, and I like challenges. For me, this also includes abroad,” Havertz

“Leverkusen are a great club, I feel good. I have always said that. But, of course, I want to take the next step in my career at some point. That’s my ambition,” he added.

Although on paper he looks like a perfect fit for Jurgen Klopp’s team and could replace the departing Adam Lallana, the likelihood of Havertz joining Liverpool will hinge on money.

While the possibility of Liverpool going after Havertz is a slightly more realistic proposition than Kylian Mbappe or Jadon Sancho, the Reds have little interest in spending large sums. It was noted in February that Leverkusen value Havertz at nearly double what Liverpool do.

Whether the coronavirus crisis will change that, should Leverkusen find themselves in a cash flow problem, for example, and need to raise money and drop their price, remains to be seen.

Additionally, 90min understands that Liverpool have been so impressed by the promise shown by teenagers Curtis Jones and Harvey Elliott that there is a hesitance to do anything in the transfer market that risks blocking their respective paths to more first-team chances.

90min revealed earlier this month that Manchester City have been scouting Leverkusen all season and have eyes on both Havertz and teammate Jonathan Tah.

In the same report, 90min also explained that Bayern Munich are very closely following Havertz, having made a habit of plucking the best talent from other Bundesliga clubs. Yet Havertz’s assertion that he is open to moving abroad may be an early indicator Bayern could miss out.

Leeds chief issues intriguing update on future of White and other...