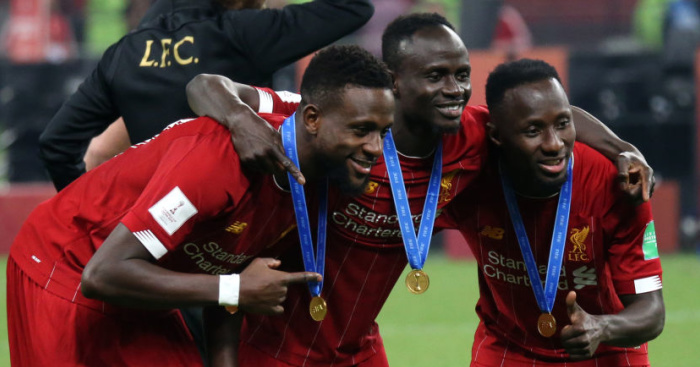 Divock Origi has admitted that is happy at Liverpool and wants to remain at the club and develop under Jurgen Klopp’s charge.

Origi scored the all-important Anfield brace which helped down Barcelona in the semi-final of the Champions League last year, and it was his strike against Tottenham which sealed Liverpool’s sixth title in Madrid back in June.

Speaking to Het Laatste Nieuws, as cited by Goal, the 25-year-old admitted he wants to keep improving at Anfield and is not interested in looking for a regular starting job elsewhere – despite Liverpool’s links to the likes of Kylian Mbappe and Timo Werner.

“I am a better player than last year,” the forward explained. “Klopp has given me the space to develop myself.

“I always listen to my instinct and continue to work. We have spoken with Liverpool and we have a nice course ahead of us. I just want to get better here.

“It is a project for me and I want to follow it. I don’t know how long I will do that. I feel that I am making progress, so it was a pity that the season stopped [due to coronavirus].”

Origi also revealed what it felt like to score a Champions League final winning goal, adding: “I took a lot of pleasure from that moment. It was a very calm moment.

“I was able to connect with the supporters. I saw their facial expressions. It is a feeling that is very difficult to explain.

“[Andy] Robertson jumped on my back, Fabinho joined and Virgil [van Dijk]. Unbelievable.

“The more days pass, the more I can enjoy it. It’s like wine, it matures with time.”

Meanwhile, Kylian Mbappe is said to be considering a massive new PSG deal that would reportedly put him on the same salary tier as £600,000-a-week Neymar.

The hottest property in world football has been strongly linked with moves to both Liverpool and Real Madrid this summer, but it appears that the French giants are ready to throw their financial might at the 21-year-old in an effort to make him stay.

And that includes guaranteeing him a deal that would likely see him double his already mega £300,000-a-week wages. Read more…

Serie A Commits To Finishing Season After Coronavirus Lockdown | Football...