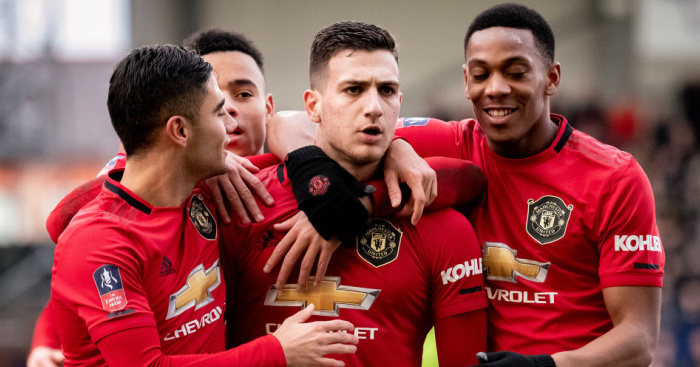 The 21-year-old right-back joined the club from Porto in 2018 for a fee of around £18m, but has failed to make his mark at Old Trafford.

Dalot has not been helped by United’s decision to splash out £50m for Aaron Wan-Bissaka during Ole Gunnar Solskjaer’s first summer in charge of the club.

The former Crystal Palace ace has been a revelation since his arrival at the club and has limited Dalot to just 10 appearances this season, some of those coming as a right-winger.

Solskjaer is said to rate the player but also understands that he may want to leave in search of regular first-team football.

United’s stance has attracted attention from French giants PSG, who are interested in signing Dalot but O Jogo, via the Daily Mail, claims that United want to nearly double their money for the defender.

Meanwhile, United have reportedly decided against a move for highly-rated Rennes midfielder Eduardo Camavinga this summer.

A report in Marca claims that Real Madrid now have a free run at the talented 17-year-old, with Barcelona and Borussia Dortmund also ending their interest in the player.

The reports states that the economic impact of the halt in football means Rennes are now keen to cash in on Camavinga and would sell for a fee in the region of €60m.

The youngster has caught the eye of many of Europe’s top clubs this summer having started 24 of Rennes’ 25 league matches, despite his tender age. Read more…