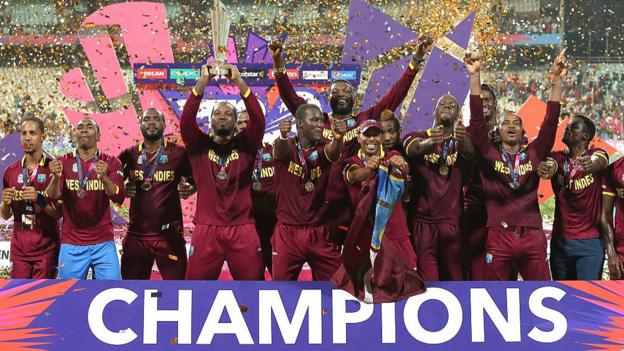 Plans to stage the men’s T20 World Cup and women’s 50-over World Cup are going ahead as scheduled according the International Cricket Council (ICC).

Australia is set to host the men in October and November, with the women’s event in New Zealand in February 2021.

Both countries are in lockdown because of the coronavirus pandemic.

Cricket Australia says it is “jointly exploring all other options” in staging the T20 World Cup, but will “take the right decisions at the right time”.

An ICC statement confirmed: “Planning for both events as currently scheduled is ongoing.”

Following a meeting on Thursday, the ICC said it had a view to reschedule as much of the postponed cricket as possible.

The chief executives of the 12 Full Members and three Associate representatives will meet again in four weeks, but there is currently no timeframe on when they will make decisions.

There has been no international cricket played since March, when Australia and New Zealand contested a 50-over game behind closed doors.

England’s two-Test tour of Sri Lanka was also called off in March, while the Women’s T20 World Cup was held in Australia in February prior to lockdown.

The ICC will take a decision on the future of the World Test Championship and the disrupted Future Tours Programme at a later date.

“Our next step is to create a roadmap for the resumption of international cricket,” said Dr Peter Harcourt, chair of the ICC medical committee.

“This will consider everything from player preparation to government restrictions and advisories and bio-bubbles.

“The more teams, venues and cities involved in an event, the greater the risk which has to be assessed and managed.”