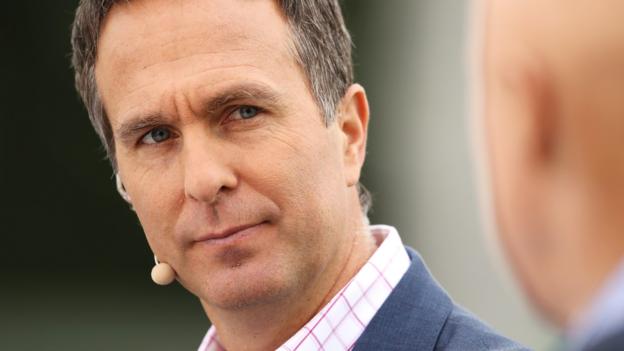 There will be no cricket in England or Wales before at least 1 July because of the coronavirus pandemic.

On Monday, a report from a financial advisory firm said counties face a loss of £85m if the entire season is lost.

“You have to look at every area where you can save a few quid,” said Vaughan.

“Traditionalists will go mad at this, but these are unprecedented times.

“In the next two years, could you look at not having overseas players for the four-day game?”

Several counties have cancelled deals for overseas players in 2020, or postponed them until 2021.

Vaughan, who captained England in 51 of his 82 Tests, also suggested a temporary reduction in the number of Championship matches played.

Speaking on the Tuffers and Vaughan Show on BBC Radio 5 Live, he said: “Four-day cricket costs the game.

“I’m a die-hard four-day and five-day player. It is a cost to the game that could, just for a couple of years, be worth reducing.

“If you reduced it from 14 to 10 games, you’d miss the games but I don’t think it would be a huge problem for a couple of years. You could go back to that in two or three years.”

The Championship is set to be reduced this summer and may even be replaced with another first-class competition in what will be a truncated season.

Vaughan said overseas players should still be permitted in the T20 Blast and The Hundred.

The new 100-ball competition was due to launch this year, but is likely to be postponed at an ECB board meeting on Wednesday.

Chris Broussard on Draymond Green’ claim he ‘changed the game of...

Indian Batsmen Played For Themselves, Not For The Team: Inzamam-Ul-Haq |...

Charles Barkley: “I failed to get Suns ready for ’93 Finals...

Steve Smith took blame for ball-tampering scandal to save Australian side:...