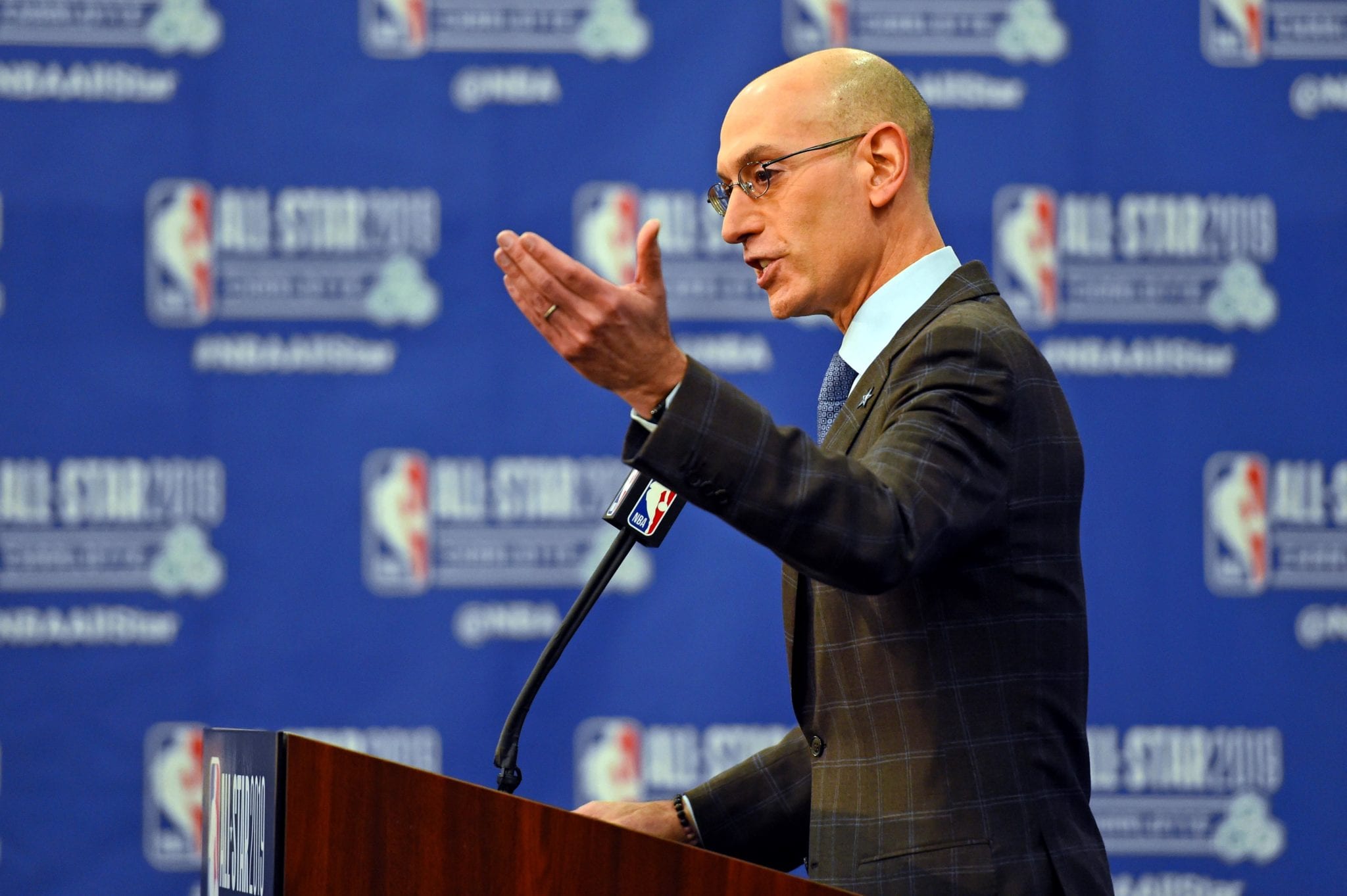 According to ESPN‘s Adrian Wojnarowski, the NBA is eyeing next December as the start month for the 2020-21 season.

NBA Commissioner Adam Silver held a conference call with members of the league’s board of governors on Friday.

During the call, the league governors voted to postpone the upcoming draft lottery and draft combine.

The draft itself hasn’t been postponed yet, but league officials believe that will happen soon.

In good news, executives, owners, and league officials continue to support the idea of finishing the 2019-20 season.

There isn’t a date scheduled for the resumption of play, but reports suggest that Silver may be targeting September.

Of course, if the 2019-20 season was finished in September or October, the following season would have to be significantly delayed.

Not only would players have to physically recover before jumping back into a full season of play, but the teams would also have to handle off-season tasks like free agency, contract negotiations, etc.

In addition, even if the 2020-21 season began in December, it would likely be without fans.

One board governor said “If you start in December, that doesn’t mean the people are coming back in December, but maybe they’re back by March.”

It’s clear that there’s no easy path back to resuming NBA play.

All  Adam Silver and company can do is heed the advice of public health officials and do their best to protect league players and personnel.