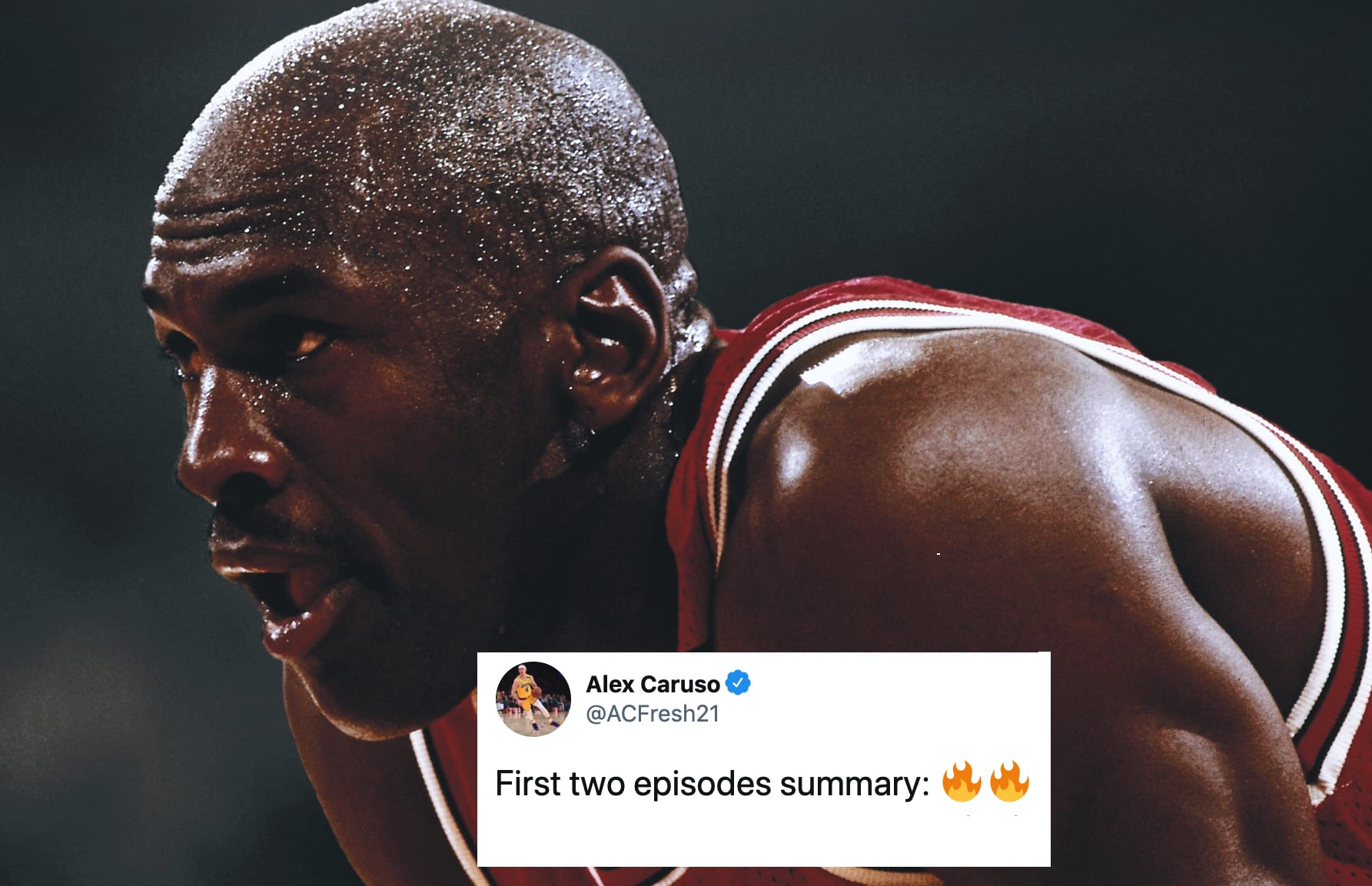 The Last Dance finally hit our TV screens tonight, and man, it did not disappoint.

Here’s how players around the NBA reacted to the first two episodes:

Man MJ had it! He had that “IT” He was chosen to be the GOAT

If I had 3 wishes in life. I think I would have asked for #TheLastDance

Anybody else just sitting on the couch trynna figure out how to go on with your night ???

Is there any real science behind little man’s disease?? Krauss was tripping…

Man u got MJ, Scottie and Phil Jackson and YOUR ego is the issue…

I want to see the footage they threw out and didn’t fit on this 10- part series too ?. Wonder what would’ve happen if they would’ve kept Phil and the team together #TheLastDance

….AND you just know it’s gonna get better each episode. WE needed this!!! #TheLastDance

I just don’t get how after 5/7 championships you tell your head coach and 2nd best player to beat it. #LastDance

Goodness!!! This is so good! I would pull an all nighter watching the next 8 episodes if I could! #TheLastDance

Best 2hours of the quarantine…. #TheLastDance

We need the rest of the series now!!! Commercials are one thing but we can’t wait a whole week for the next episodes!

Already the best sports documentary i ever seen ???

Fastest two hours of my life..

When they rolled the credits just now a tear came to my eye. #TheLastDance

First couple episodes of Last Dance was everything I thought it would be ???

WE NEED ALL 10 BY TOMORROW!

Scottie was on that ?

Scottie Pippen’s impact on that team is still underrated. #TheLastDance

I’m glad Scottie is getting the respect he deserves, he was a beast #TheLastDance

Scottie was really the equipment manager at a D2 NAIA school. Practiced with the team. Finessed his way into a scholarship. Went from 6’1-6’9… fast forward. 5th pick in the draft. H O F . Don’t matter where you go. Work on your game. They will find you ? #thelastdance

Who else had Scottie’s shoes growing up???

MJ walked like he knew he was the one