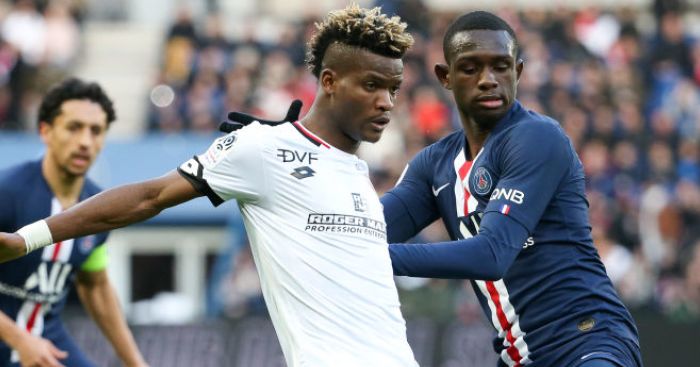 Newcastle appear to have been given fresh hope in their bid to sign outstanding young PSG defender Tanguy Kouassi this summer.

German side RB Leipzig had looked likely to sign the highly-rated player as a replacement for Manchester and Arsenal target Dayot Upamecano, but Sky Sport Germany claims that the centre-back is now set to sign a new contract with the Bundesliga outfit.

That would Steve Bruce’s men free to pursue a deal for Kouassi, with Le10Sport reporting last week that the Premier League club were plotting a surprise swoop for the 17-year-old.

Despite his tender age, Kouassi has already made 12 first-team appearances already for the French champions but his contract is due to run out this summer, leaving him vulnerable to a move.

However, the latest reports suggest there is still a chance he will head to Leipzig and play as Upamecano’s partner, although Newcastle would be able to guarantee him more first-team opportunities.

Meanwhile, Newcastle could look to make Crystal Palace winger Wilfried Zaha the first big-money signing of their new era, according to one football pundit.

Good times look like they are just round the corner at Newcastle with the Mike Ashley era almost at an end with a Saudi-led takeover set to be completed within the next fortnight, it has been revealed.

The PA news agency understands the Premier League’s owners and directors test is the final hurdle to clear before the £300million deal is complete.

The new owners will put Newcastle as the Premier League club with the wealthiest owners – and a host of exciting names have since been linked. Read more…

Coronavirus: Josh Hazlewood Says Teams Need To Have A Discussion On...