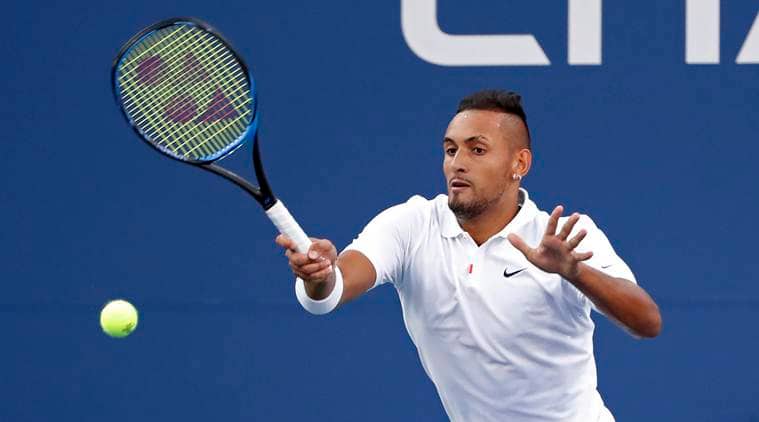 As Grand Slam governing bodies ponder over the perfect blueprint of future events amid the novel coronavirus pandemic, Australian world number 40 Nick Kyrgios has said he does not want to play in a major in the absence of crowd.

The tennis season was suspended in March due to the pandemic and the shutdown will continue at least until mid-July with countries closing borders and going into lockdown to contain the spread of the virus.

The French Open, the first Grand Slam to be hit by the spread of the coronavirus, moved the claycourt event to Sept. 20-Oct. 4 from its traditional May start while the Wimbledon championships, set to begin in late June, were cancelled.

The organisers of the U.S. Open said last week that playing the hardcourt Grand Slam without fans is on the table but highly unlikely.

The Australian Open organisers have said they were also exploring all options, including the possibility of running an event just for broadcast.

“100% no,” the mercurial Kyrgios, who always draws huge numbers on court, told fellow Australian Thanasi Kokkinakis on an Instagram chat when asked if he would play a Grand Slam without fans in the stands.

Kyrgios, who was placed on probation by the governing body of men’s tennis over his on-court behaviour last year, emerged as Australia’s hero earlier in 2020 during the bushfire crisis.

His “bad boy” image has been transformed since his appeal to the tennis world kickstarted a campaign that raised millions of dollars for the victims of the crisis before and during the Australian Open Grand Slam in Melbourne.

The Australian Open, which started in January, has so far been the only Grand Slam that was not impacted in 2020.

“These extraordinary times dictate a need for agility and extensive planning that explores a very wide range of options,” Tennis Australia Chief Executive Craig Tiley said this month. “We have to be prepared for a changed environment.

“For example, with such a high-dependency on international travel we are looking at what we might have to do if players need to be quarantined for any length of time before being allowed to freely move around Australia.

“Another example is if mass gatherings are still not allowed or severely restricted next year, we are looking at the possibility of running an event for broadcast. These are just two of many scenarios we have to examine.”

Spencer Dinwiddie To Play For Nigeria In Next Year’s Olympics

Sanju Samson: Learning To Focus And Control My Emotions While Batting...