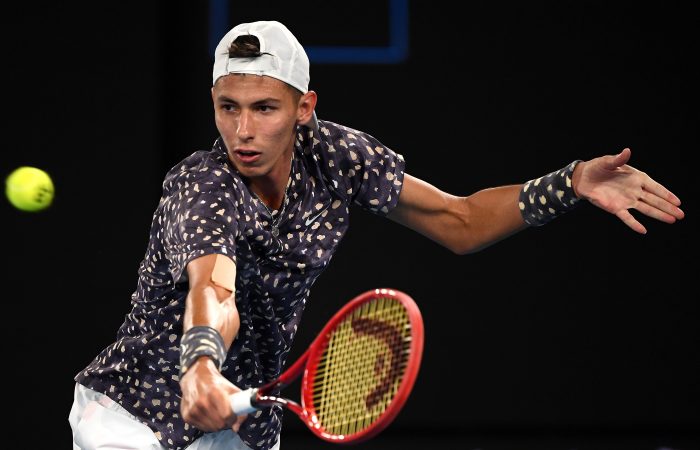 Australia’s Alexei Popyrin has temporarily switched his focus from the tennis court to a Monopoly board.

“I haven’t had the luck of winning, yet,” the competitive 20-year-old says.

Popyrin spoke to Todd Woodbridge from his base in the French city of Nice, where he is in lockdown with his parents, grandmother, younger sister and girlfriend. Unable to leave their house due to the COVID-19 pandemic, family games of Monopoly have become part of their daily routine.

“That’s one of the positives that comes out of this virus, that I get to spend more time with my family,” Popyrin says.

“We found the Monopoly game in the closet. It’s in French, so we have to use Google Translate on every card.”

When not working out in his basement gym, Popyrin is keeping busy playing games on his iPad and Playstation. The world No.103 is also dreaming of a return to court.

“I miss tennis so much. I really just want to get back out and compete,” he says.

“It’s showed me how much I actually love the sport … it gives me extra incentive to get back out there and work harder.”

Popyrin made a strong start to the 2020 season, advancing to the Australian Open third round. He is determined to improve on his career-best ranking of No.87, achieved in July last year. But with the tour now suspended, Popyrin is maintaining perspective.

“I’m not looking at it as a missed opportunity,” he says. “I’m looking at it as a time to step back, to realise that playing tennis is not the most important thing. Getting rid of this virus is and flattening the curve. What we’ve got to do is stay indoors and spend as much time as possible with family.”