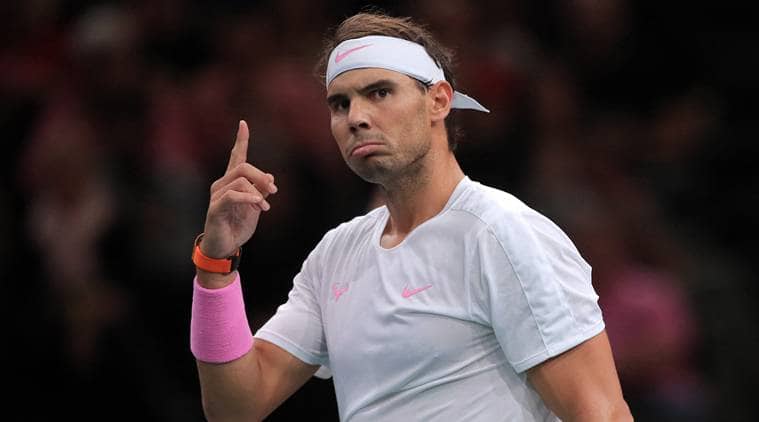 Nadal said the logistical difficulties of having to move people from country to country for tournaments make it hard for tennis to resume safely amid the pandemic.

If given the option, Rafael Nadal said he would scrap this season entirely so tennis could resume normally in 2021.

The second-ranked Spaniard, who is 33 years old and has won 19 Grand Slam titles, said he hoped to resume playing this year but doubted it could happen because of the coronavirus pandemic.

“I would sign up right now just to being ready for 2021,” Nadal said in interviews with El Pais and other Spanish newspapers published Tuesday.

“I’m more concerned with the Australian Open than with what happens later this year. I think 2020 has been practically lost. I’m hopeful of being able to start next year.”

Nadal said the logistical difficulties of having to move people from country to country for tournaments make it hard for tennis to resume safely amid the pandemic.

“Sadly, I’m not going to lie to you, the feeling is that we are losing a year of our lives,” Nadal said.

“And at 33, 34 years old, that is more valuable than at 20, when you have more time ahead of you.” Nadal recently said he was concerned with the risk of new injuries when players return to action after a long time without proper training. The Spaniard has had to deal with a series of injuries throughout his career and expects his body to struggle again when competitions finally resume.

Nadal also complained about confusing information regarding the return to practice of tennis players in Spain. He said he went to train on a private court because it wasn’t clear to him whether he could practice normally after the government eased some of the lockdown measures that have been in place in the country since mid-March.

Professional and high-performance athletes have been allowed to resume practicing at any time this week, but sports facilities and training centers are to remain closed, with some exceptions for soccer clubs and a few other sports.

Novak Djokovic apparently broke confinement rules on Monday for going onto a tennis court at a club in the Spanish city of Marbella. The tennis federation had said players are not yet allowed to practice on courts.

“It’s not clear to me whether I can go practice or not,” Nadal said.
He said he won’t be able to use the main courts at his tennis academy in Mallorca because there are still 85 kids confined there.

“Nobody can get in there,” Nadal said.