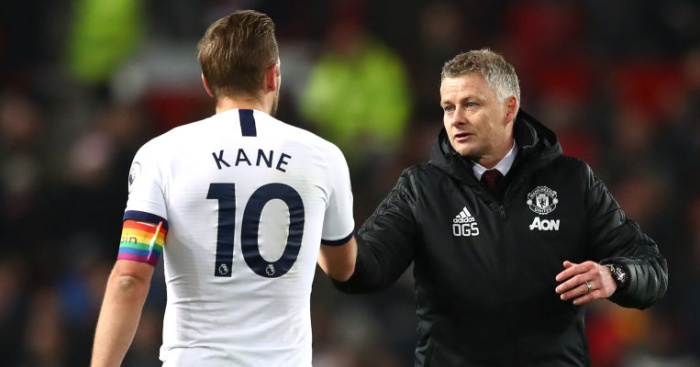 Manchester United have reportedly decided against a summer move for unsettled Tottenham striker Harry Kane – as he believes he already has a player who can be just as good already at the club.

Kane’s future at Tottenham looks far from guaranteed after he admitted he would not stay with them “for the sake of it” if they were not showing signs of progressing to match his ambition.

The England captain has been criticised by some for those comments, but he may have a better chance of winning trophies elsewhere, with United potentially giving him the platform from which to achieve more honours.

And according to reports this weekend, Kane has now decided that if he was to leave Spurs, then Old Trafford would be his preferred destination instead of Real Madrid, who are also interested in a big-money signing.

The 26-year-old is valued at around £200m, which would make him available only to the richest clubs in the world, such as United and Madrid.

However, while United do hold a concrete interest in the player, with both Ed Woodward and Ole Gunnar Solskjaer confirmed fans, it seems a move to Old Trafford will not be on the agenda for Kane with the club, seemingly. intent on splashing their cash elsewhere.

As per Monday’s Paper Talk, both United and Real Madrid have now shelved their interest in Kane, leaving the player with a straight choice of two clubs.

That’s mainly because United appear instead set to splash out a club-record fee of well over £100m to land No 1 transfer target Jadon Sancho with a deal for the Borussia Dortmund star all-but agreed with the player having settled on wages and a buy-out clause at Old Trafford.

And any cash they have left over will likely be then spent on a new midfielder, with Jack Grealish and Kai Havertz among their targets.

However, as per Tuesday’s The Sun, Solskjaer’s real reason for deciding not to try and sign Kane is because the United manager feels, in Marcus Rashford, he already has a player capable of being just as good.

With Kane turning 27 in a matter of months and Rashford still only 22, Solskjaer knows he has plenty of years left in his own player and believes he can be just as good, if not better, than the Tottenham man if he allows him to flourish as their main central striker.

Rashford was already having his best scoring season with 19 goals before a back injury appeared to end his season early.

Furthermore, Solskjaer knows he has adequate back-up in the shape of Anthony Martial and an upcoming striker recently described by Nicky Butt as “the best young talent” he had seen during his time at Old Trafford.

And with Odion Ighalo hopefully set to make his loan move from Shanghai Shenua a permanent deal, Solskjaer believes United are well covererd in the central attacking area.

The report in The Sun adds that Kane’s camp believed his comments last month would lead to serious interest from United and their lack of interest in acquiring his signature has left the England skipper seriously disappointed.

Kane has also been strongly linked with a move to Juventus as Maurizio Sarri’s men look to add increased firepower to their side for next season, but respected agent Frederico Pastorello has seemingly poured cold water on the chances of a swap deal involving Kane and Paulo Dybala this summer.

“I don’t know the situation from the inside because I’m not his agent, but Dybala seems to have flourished again. I honestly still see him at Juve,” Pastorello told Tuttosport. 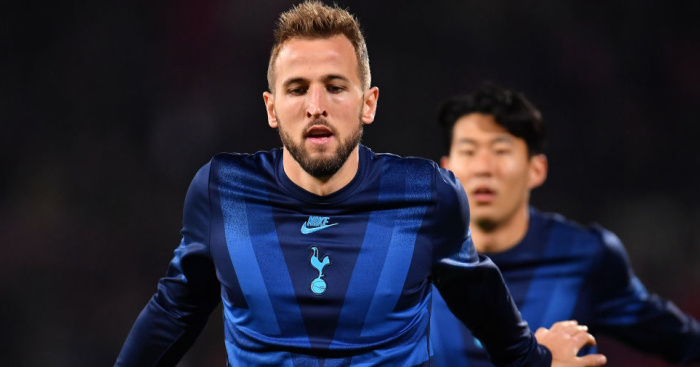 “I don’t think the swaps will concern him, Kane or the champions. I think that the clubs, rather than depriving themselves of the best in such operations, perhaps will wait a year longer to aim for a greater collection. I imagine many swaps, however, between the medium-high-end players of the big.”

BBC pundit Chris Sutton, meanwhile, believes a move to either City or Liverpool is most likely given Kane’s determination to win trophies.

“Spurs are a brilliant club, but at this moment in time they are way behind the likes of Liverpool and Manchester City,” Sutton told the BBC.

“If one of those clubs came in for him, if you were Harry Kane you would be stupid not to go.”

“I hope that winning trophies is on Kane’s mind,’ Merson told Sky Sports. ‘At the end of the day, these players earn enough to not work another day’s worth when their career is over. The money shouldn’t come into it too much.

“He also has to think whether he wants to become the top Premier League goalscorer of all time. I don’t see that happening if he stays at Tottenham under Mourinho.

“If he wants to break the record, I think he needs to move on, too. But that would have to be to a Premier League team, so there is a lot for Harry Kane to think about. But overall, you want to see Harry Kane winning trophies, for his brilliance on the pitch.”

Corruption has damaged Pakistan cricket as much as Lahore attack on...