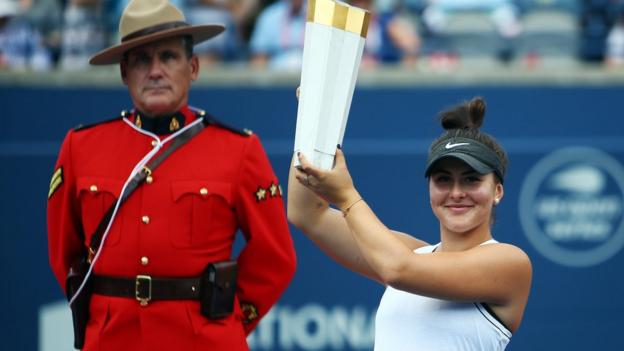 The women’s section of the Rogers Cup has been postponed for a year because of the coronavirus pandemic.

The decision to call off August’s WTA event in Montreal has been made with both the women’s and men’s tours already suspended until 12 July.

A WTA statement said the move was because of “measures taken by the Quebec government to prohibit events until 31 August, 2020”.

No announcement has been made about the men’s event, taking place in Toronto.

Each year the men’s and women’s events switch between Toronto and Montreal.

“At the beginning of the crisis we were hoping that the situation would be resolved in time to be able to host our tournament as initially planned on the calendar, but we knew that the chances were getting smaller and smaller in recent weeks,” said tournament director Eugene Lapierre.

Last year, Bianca Andreescu won the title after her opponent in the final, Serena Williams, withdrew injured in the first set.