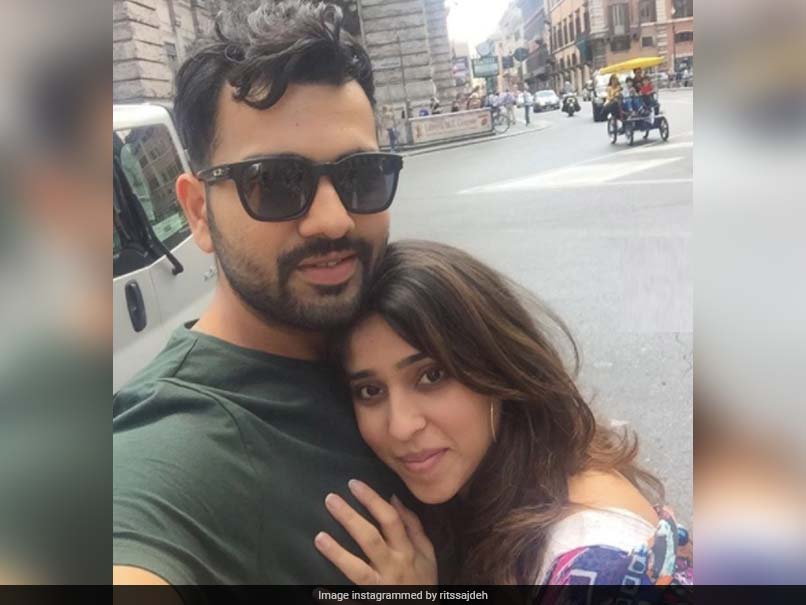 Rohit Sharma is celebrating his 33rd birthday on Thursday and he was greeted with a special wish from his wife Ritika Sajdeh on Instagram. Ritika posted a few pictures of Rohit Sharma along with a heart-warming caption that won over the internet. “Happiest birthday to the one that makes me laugh till I can’t breathe, to my favourite travel companion, to my best friend, to the best dad, to the one that can’t sing even if his life depended on it. To the best I could ever wish for, happy birthday love you Ro,” Ritika captioned the pictures on Instagram.

Soon after Ritika posted the pictures, fans flooded the comments section with warm wishes for the only player who has scored three double-hundreds in One-day Internationals (ODIs).

Rohit holds the record for the highest individual score in ODIs. He achieved this feat against Sri Lanka when he smashed 264 runs in Kolkata in 2014.

Rohit, who captains Mumbai Indians, is the most successful captain in Indian Premier League (IPL). He has led the Mumbai-based franchise to four IPL titles.

In 2019 World Cup, Rohit smashed five centuries and finished the tournament as the leading run-scorer.

Rohit is also one of the three Indian batsmen who have scored a hundred in all three formats of the game.

Suresh Raina and KL Rahul are the other two Indian batsmen who have achieved this feat in the international circuit.

The Hitman, as he is so often referred to, has played 224 ODIs so far. He has 29 centuries and 43 half-centuries to his name.

Jorge Garbajosa ‘optimistic’ that Sergio Scariolo will remain with Spain until...