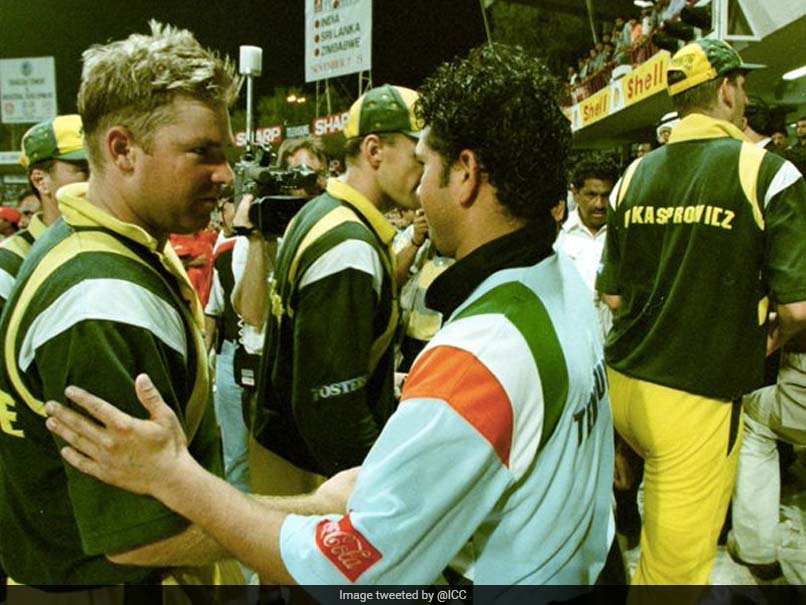 Former Australia pacer Brett Lee revealed how Sachin Tendulkar would often get the better of legendary spinner Shane Warne despite the bowler’s best attempts to remove him from the crease. Lee said that Tendulkar would sometimes be “playing cat and mouse” with Warne and that not a lot of batsmen could do that with the leg-spinner. The former fast bowler, who played 76 Tests and 221 ODIs for Australia, said Tendulkar read all of Warne’s variations that would leave most batsmen bamboozled.

“He used to advance down the wicket a few times and invited Warne to bowl a fraction too short. Sometimes, he would wait patiently on the back foot and play those beautiful shots,” Lee said on Star Sports’ show ‘Cricket Connected’.

“But on days, Sachin Tendulkar was toying with Warnehttps://sports.ndtv.com/cricket/on-this-day-in-1998-australia-were-blown-away-by-sachin-tendulkars-desert-storm-2216261 and that does not happen often,” Lee remarked.

Lee went on to praise the legendary batsman.

“The way Sachin used to read bowlers out of their hand, the different technique he used to play different balls was pure class,” he said.

“Warne would bamboozle other batsmen around the world, but Sachin would watch the hand much better than most of the other batsmen,” he said.

“Warne hated it, he would come back and say that he tried everything to get Sachin out, but he couldn’t.”

Lee also spoke about how he felt when he first faced Tendulkar in a Test match.

“I was 22 years when I got my first opportunity to play against the Little Master,” he said.

“I nicked him off and I thought I’m done. I didn’t care about the Test match since I was so happy to get Sachin Tendulkar out,” Lee revealed.

Tendulkar holds an impressive record against Australia. In 39 Tests, he scored 3630 runs against them while he amassed 3077 runs in 71 ODIs against the team from Down Under.