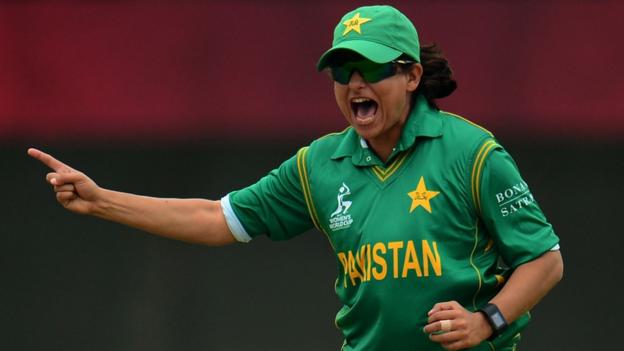 Former Pakistan captain Sana Mir says it is “the right time” to retire from international cricket.

The all-rounder, 34, is Pakistan’s leading wicket-taker in one-day internationals, with 151 from 120 matches.

Mir took a break from international cricket in November and was left out of the squad for February’s T20 World Cup.

“I believe I have contributed to the best of my ability for my country and the sport,” Mir said.

Pakistan only played their first women’s internationals in 1997, and Mir has been their most-capped female player – and arguably their most significant and recognisable one.

An off-spinner and right-handed middle-order batter, Mir made her one-day international debut in 2005 and was first named captain in 2009.

She played in 226 international matches, captaining Pakistan in 137 of them.

She retires as the joint fourth-highest wicket-taker in women’s ODI cricket, behind India’s Jhulan Goswami, and Australians Cathryn Fitzpatrick and Ellyse Perry.

Mir is also Pakistan’s second-highest wicket-taker in T20 internationals, with 89.

Mir previously spoke out about body shaming in sport’s advertising and how it affects women, in a BBC World Service interview in 2018.

Wasim Khan, chief executive of the Pakistan Cricket Board, said Mir had been “a source of inspiration for the young generations.”

“Through her determination and passion, Sana broke the glass ceiling for women cricketers in the country,” he said.

“Sana is a true legend of women’s cricket who attracted, inspired and motivated young women athletes.”

Bismah Maroof, her successor as captain, added on Twitter: “To the true ambassador of the game, to a friend and sister… Thank you! You will be missed” – while former Ireland skipper Isobel Joyce also joined those paying tribute.