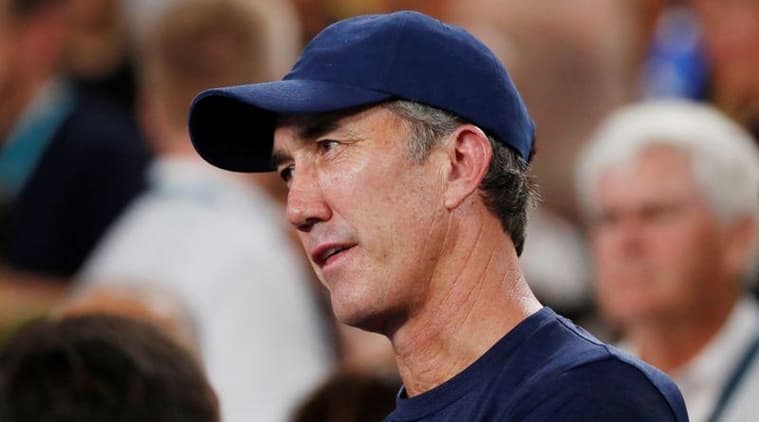 Darren Cahill is the coach of World No.2 Simona Halep. (Source: Reuters)

Australian Darren Cahill, the coach of two-times Grand Slam winner Simona Halep, has backed the idea of merging the men’s and women’s tours, saying it would make tennis simpler for both players and fans.

Roger Federer called for a merger between the two governing bodies on Wednesday on social media with the men’s ATP Tour Chairman Andrea Gaudenzi and his women’s WTA Tour counterpart Steve Simon both welcoming the suggestion.

Cahill, who has also previously worked with Andre Agassi and Lleyton Hewitt, said uniformity in rules and rankings will help all stakeholders.

“I think, hypothetically, it would be a pretty good position for a tennis player to be in, because you know that every single decision being made is made in the best interest of the game,” Cahill told the National newspaper.

Governance in tennis remains fractious with as many as seven associations running different parts of the game.

Besides the ATP and the WTA Tours, the sport is also controlled by the International Tennis Federation and the boards of the four Grand Slam tournaments.

READ | ‘Why should I give them money?’: Thiem against relief fund

“At the moment, as a fan of tennis, if you want to try to follow tennis, whether it’s Davis Cup, Fed Cup, the WTA, the ATP, smaller events, there are so many different platforms a fan has to subscribe to and it’s confusing,” Cahill said.

“Social media becomes much easier as well, if the tours are merged. Instead of competing against each other for a social media space, that becomes all one.”

Issues over equal prize money and equal standing are roadblocks that need to be crossed, Cahill said.

“At the moment the men command a little more at the negotiating table when we’re talking about TV rights,” he said.

“I think, to a large extent, everyone will take this. Obviously there would be some resentment from some male players but the majority I think would see the benefits and understand that this is the right thing to do.”

“I think it would be a good idea because you look at the biggest events in the world right now, the four majors, the Masters Series in Miami and Indian Wells and Rome, they are combined events, and I think it’s good,” he told Sky Sports.

“If you put the men’s and women’s games together it’s a better product and better for the fans.”

No Shaking, No Showering, No Sharing: Welcome To Post-Coronavirus Tennis |...