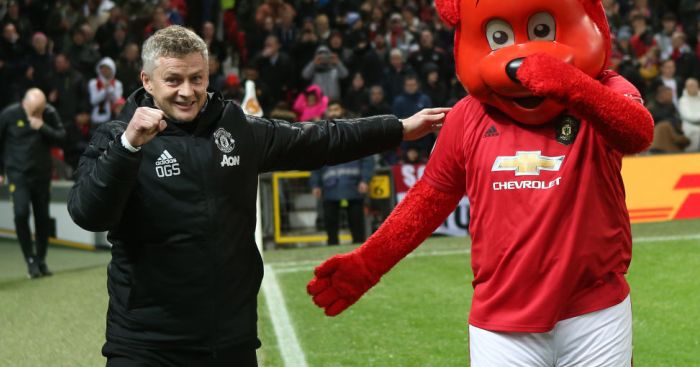 Ole Gunnar Solskjaer has been advised that the time has come for Manchester United to cut their losses on Paul Pogba if the Norwegian is to take the Red Devils on to the next level.

The France international, 27, has been a lightning rod for media scrutiny and attention ever since Man Utd forked out £89.3m to bring him back to Old Trafford in 2016.

His mercurial talents have never been in doubt, but his desire and ability to stamp his authority on big games has frequently been called into question.

Pogba recently spoke in a rare interview regarding his injury rehab during the nationwide lockdown, but many have speculated that his eventual return could come in the colours of a different team at the beginning of next season.

The likes of former club Juventus, Spanish giants Real Madrid and Ligue 1 heavyweights PSG have all been mentioned as suitors and truth be told, they are probably the only clubs capable of pulling together a package big enough to attract Man Utd to sell Pogba; that despite reports that United had already opened talks on a prospective €60m replacement in midfield.

And former United great Paul Ince also believes a number of reasons ensure the time has now arrived for Solskjaer and United to move the World Cup winner on.

“What’s disappointing is the way he’s acted, his behaviour and performances reflect that he’s been unsure about his decision,” Ince told Paddy Power.

“You compare that to Bruno Fernandes, and his arrival at United, and it’s crazy. He’s come in and hit the ground running fairly instantly, winning over the fans in the process. Pogba never did that, and his performances have been inconsistent to say the least.

“Sometimes they’ve been on the border of diabolical, and occasionally they’ve been brilliant. When you cost that kind of money as a player, fans expect you to be consistently great, especially when you’re playing for Man Utd. Their expectations are very high. The on the pitch performances, plus his behaviour off the pitch, with his agent and generally acting up, isn’t good for the club.

“If Ole Gunnar Solskjaer is looking to take the club forward, to build and to instil the ‘United Way’ back into the team, then Pogba’s actions don’t reflect that. The way he’s been acting and behaving recently, he just isn’t good for the club. If you want the right attitude and mentality, and high standards, then sorry, but that doesn’t fit in with Paul Pogba.  There’s been too many distractions, too many reports around him and his behaviour, so his time for me is up.

“Perhaps if Fernandes hadn’t come in and done as well as he has done, maybe Ole might try and keep Pogba. But now, he might be thinking if I can get the right money for Pogba, then I can let him go.”

Monday’s Euro Paper Talk claims Solskjaer already has his eyes on two midfielders this summer who he ‘dreams of pairing up with Fernandes in a midfield triumvirate’ and Ince continued:  “It’s a shame, because he could’ve been a great player for the club, but he isn’t a great player at the moment.

“Ultimately, he’s a distraction and his behaviour impacts and damages the rest of the team. Now, if he was performing out of his skin every week and changing games, you could forgive him for his behaviour even when he’s being a nightmare, but he isn’t, so why bother? If he’s not performing, just let him go, get rid.

“The decision needs to be made, and quickly, because we can’t have another season of the Pogba circus. He wouldn’t even get in the side at the moment.”