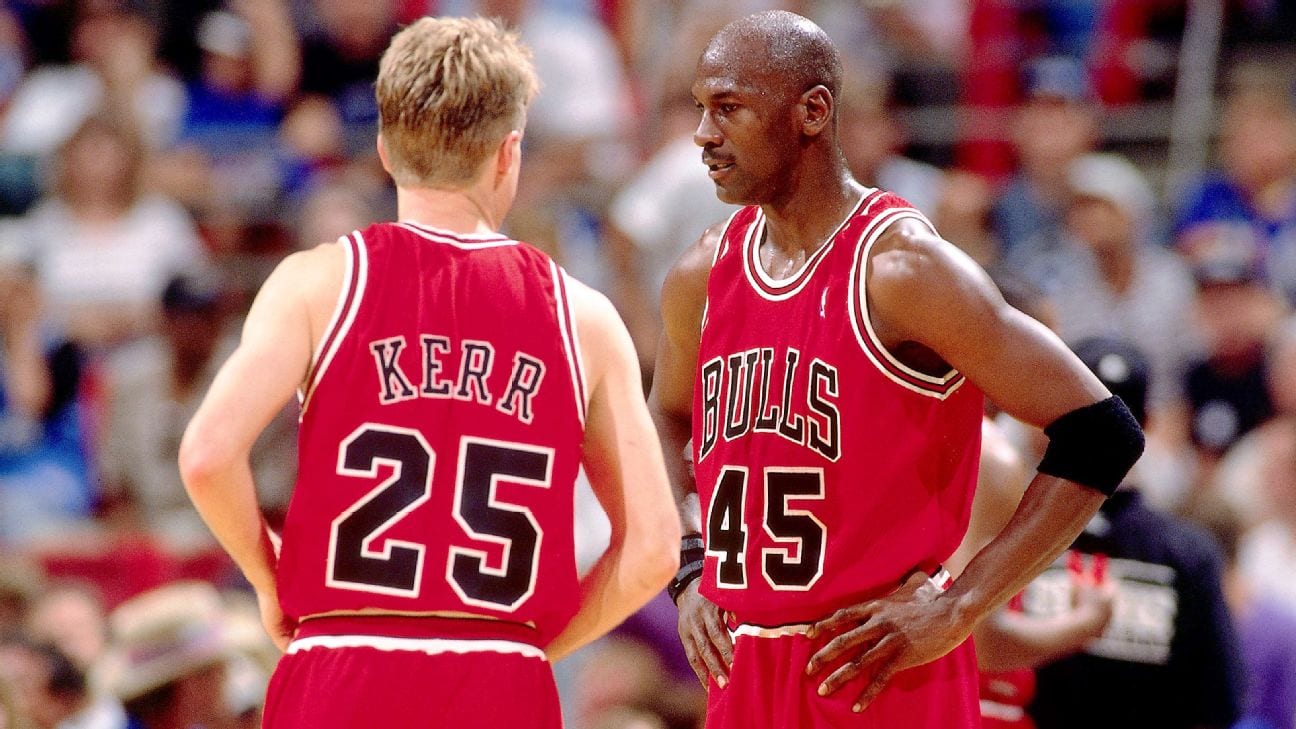 Warriors coach Steve Kerr played five seasons alongside Michael Jordan in Chicago, but the Jordan Kerr has watched on “The Last Dance,” isn’t the Jordan he knew.

“I’ve never seen Michael so open,” Kerr said during an interview with the Runnin’ Plays podcast. “He was always very guarded.”

Kerr, who had stints in Phoenix, Cleveland, and Orlando before joining the Bulls, won his first three titles as a player, alongside Jordan.

He watched His Airness win multiple MVPs, lead the team to a league-record 72 wins during the 1996-97 season, and become arguably the greatest player to ever put on a jersey for the game.

“He never seemed vulnerable,” Kerr said. “I think that was part of his persona. He wasn’t vulnerable to everything and everybody, you know — indomitable knowing nobody could touch him. And he walked into that arena, and you know, he was, he was just dominant over every, every person in that building, you know — opponents, coaches, teammates, referees, fans.”

Countless stories have been told of Jordan’s command over teammates as well as opponents and his single focus on winning.

He was known to be extremely aloof during his playing days, making his forthcoming interviews in the ten-part docuseries that much more extraordinary and insightful.

“Even as a teammate, you were never quite sure if he was human,” Kerr said. “He was just that good. So, that’s why it’s fun now to see him feel more human, more vulnerable.”

Episodes 5 and 6 aired Sunday, but fans have four more shows to look forward to.

Sachin Tendulkar Reveals One Of His Greatest Experiences In International Cricket...