However, for a brief period – prior to the postponement of the league – it looked as though we might actually have a title race on our hands until the Gers bottled it.

Cause for optimism then. Steven Gerrard may well hold the key to the revival of Scottish football.

Over the years, Scotland’s first tier has been graced by some stars of the game. Take a look at our one to 11 of the greatest players to wear each squad number for Rangers.

When I tell you that internationally recognised players such as Terry Butcher, Brian Laudrup, Gennaro Gattuso, Giovanni van Bronckhorst and Ronald de Boer are nowhere to be seen, you probably get a taste for how good this team is. Despite racking up moves to 11 clubs over his 23-year career, Goram is best known for his time at Ibrox.

Arguably the Bury-born goalkeeper’s greatest season at the club was 1992/93, a campaign which saw the Gers complete a domestic treble. Goram would receive a whole host of individual accolades that year, including SFWA Player of the Year and SPFA Player of the Year. Voted by supporters into the greatest ever Rangers XI in 1999, Jardine enjoyed a stellar career in Scotland, the majority of which was spent at Ibrox.

Known for his attacking endeavour, Jardine made 674 appearances for the club, scoring an impressive 77 goals from right-back.

The Scotland international made 38 appearances for his county. 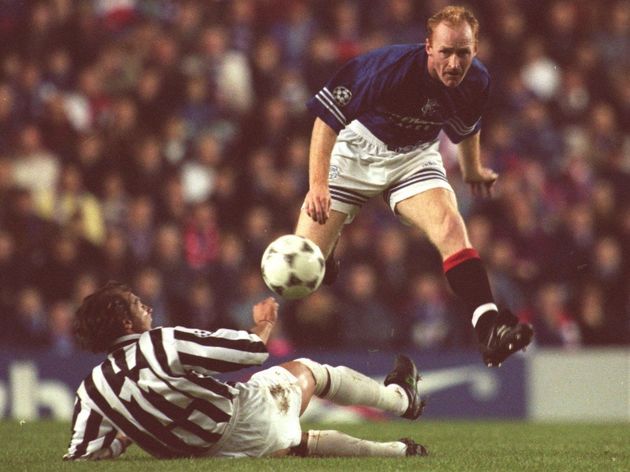 Another Scot on our list who spent his whole playing career in his home nation. Brown played for Hamilton Academical and Dundee before moving to Ibrox in 1988.

The defender went on to make 207 league appearances for Rangers and retired in 1997 having experienced a prolonged spell of success. Rangers won the Scottish league in all but Brown’s final season at the club, picking up three Scottish Cups and three Scottish League Cups along the way.

Despite his success at club level, Brown was never selected for the national team. Voted Rangers’ greatest ever player. Greig was a one-club man, making 755 appearances for the Gers between 1961-1978.

Despite playing at left-back, Greig would retire from football with an impressive 123 goals to his name. Greig would captain Rangers to their 1972 UEFA Cup Winners’ Cup success, was twice named SFWA Player of the Year and was nominated for the 1972 Ballon d’Or.

To this day he is recognised as one of Scotland’s greatest ever footballers. One of a number of Netherlands internationals to call Ibrox their home at one time or another.

Numan represented Rangers between 1998-2003 having arrived from PSV Eindhoven, going on to make 118 league appearances.

His relationship with fan-favourite Jörg Albertz on the left side made him an instant hit with the Ibrox faithful. Numan retired at the club and still attends Rangers games to this day. Ferguson enjoyed a stellar career in Scotland, making 431 appearances for the Gers over two spells.

Awarded the SFWA Footballer of the Year in 2000 and 2003, the midfielder would go on to make 45 appearances for his country, before bizarrely being banned from the national side for appearing to swear at Walter Smith.

Ferguson enjoyed multiple spells in the ​Premier League, first with ​Blackburn and then with Birmingham and Blackpool.

Despite occasional controversy, Hamilton-born Ferguson will go down as an all-time Rangers great. Scottish Football Hall of Fame inductee Davie Cooper is renowned for his time at Ibrox.

Despite also playing for Clydebank and Motherwell, the left winger made his name in a Gers shirt having signed for the club at the age of 21 in 1977.

He would go on to make 376 league appearances for the club, scoring 49 goals. He was voted into the Rangers greatest XI by Gers fans in 1999. 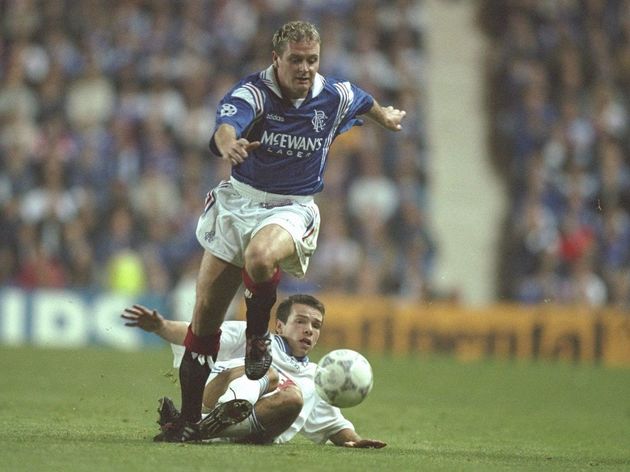 Impossible to leave this man out.

Gazza was a magician. He played arguably some of the greatest football of his career in a Rangers jersey having signed from Lazio, scoring 39 goals in 104 appearances between 1995-1998.

The season prior to Euro 96 Gazza would go on to pick up a whole host of individual accolades, including the PFA Scotland Players’ Player of the Year and the SFWA Footballer of the Year.

Despite spending just three years in Scotland, the former ​Spurs man certainly had a lasting effect, going on to be inducted into the Scottish Hall of Fame in 2006. A striker who could score goals in his sleep. Ally McCoist is undoubtedly Rangers’ greatest ever goal scorer, notching an incredible 355 over a 15-year spell.

His long list of personal and team accolades is something to behold, the highlights of which include successive Golden Shoe awards, a Ballon d’Or nomination and ten league titles.

He would later return to manage the club and oversaw part of their climb back up to the SPFL following demotion to the fourth tier after administration. This man wasn’t bad at finding the back of the net either.

The second Dutchman on our list, Mols signed for Rangers in 1999 from Utrecht. His five years at Ibrox were hampered by injury somewhat, but that didn’t stop him becoming a club legend, notching 38 goals in 98 league games.

His winner in the Old Firm derby in 2002 went some way to achieving his title of club legend, though the five trophies he won at the club weren’t a bad achievement either. A toss-up between himself and Laudrup – but it’s the explosive wide man who gets the nod.

A £4m acquisition from German side Hamburg in 1996, Albertz went on to score 58 goals in 156 league games for the club. His most notable goal for the club is undoubtedly his free kick against Old Firm rivals Celtic.

After regular disagreements with Dick Advocaat, his time at Ibrox was cut short, but he made a good enough impression to be voted into their greatest XI.