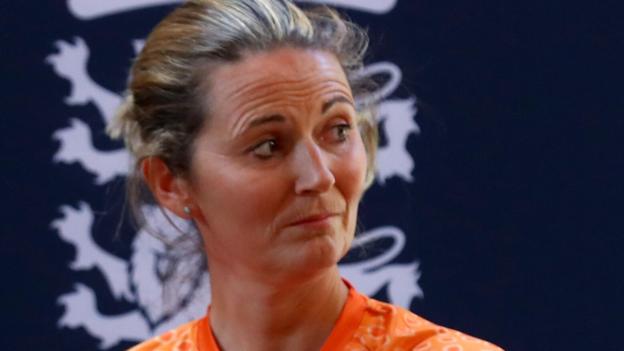 Former England captain Charlotte Edwards says it is a “worrying time” for women’s cricket after The Hundred was postponed to 2021.

The inaugural tournament was due to be the only source of income for many female cricketers in England this year, other than for the 21 players centrally contracted to England.

It was postponed on Thursday due to the coronavirus pandemic.

“There are so many mixed emotions really,” said Edwards.

Speaking to BBC World Service, she added: “Obviously it’s the right decision but it was such an important year for women’s cricket on the back of the hugely successful World Cup in Australia, where nearly 90,000 people watched the game.

“We just really felt the momentum was with the women’s game and we were also going to introduce contracts this summer for 40 professional cricketers, and it’s all been put on hold at the moment.

“A lot of people are out of work as well. A lot of players were hoping to have contracts for the Hundred, which were quite lucrative for some of them, and everyone’s going to miss out which is so unfortunate and at such an important time for women’s cricket.”

The ECB still intends to award the 40 new full-time contracts for female players this year, as previously announced.

The men’s and women’s Hundred tournaments were set to run simultaneously and, while the men are able to fall back on their county wages, there is no equivalent for women.

Prize money was set to be equal but, unlike the men’s contracts, the individual deals earned by women’s Hundred players have not been disclosed – though the salary brackets are far lower than the men’s.

“For the players, it’s a worrying time,” said Edwards.

“But we have been guaranteed that the ECB will still go ahead with their £20m investment into the women’s game, which is something that is obviously keeping us all going at the moment, because this year was going to be hugely exciting for the game and important, and it’s good that it will go ahead – but it’s it being delayed that is going to prove to be a problem for some of the players.”

She added: “It’s not ideal, but everyone’s health and wellbeing is more important at this time.”